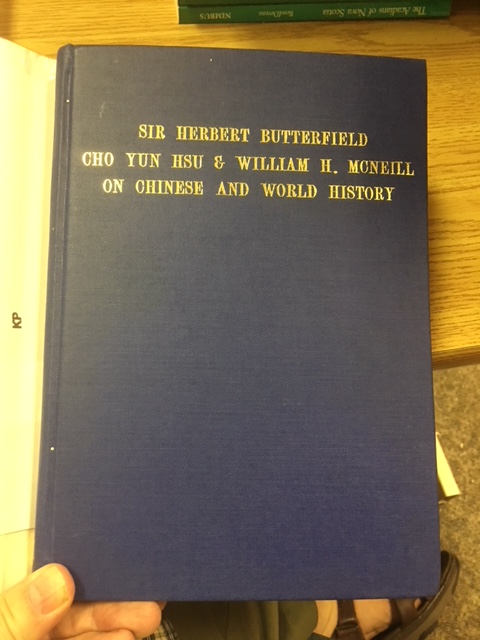 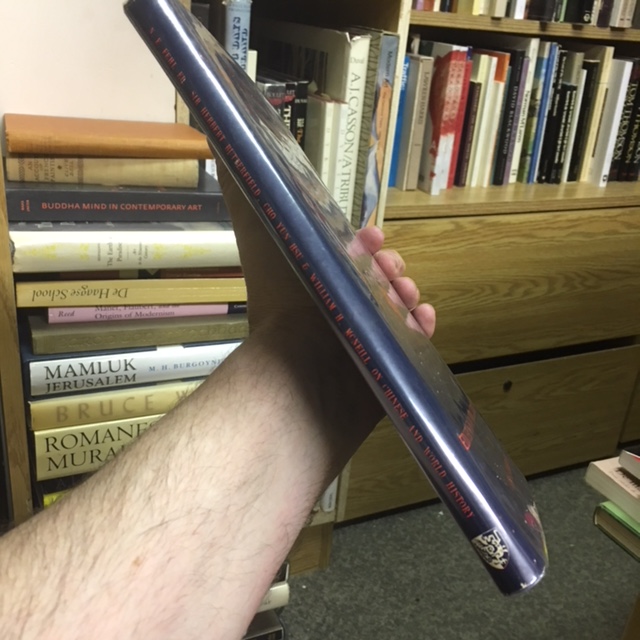 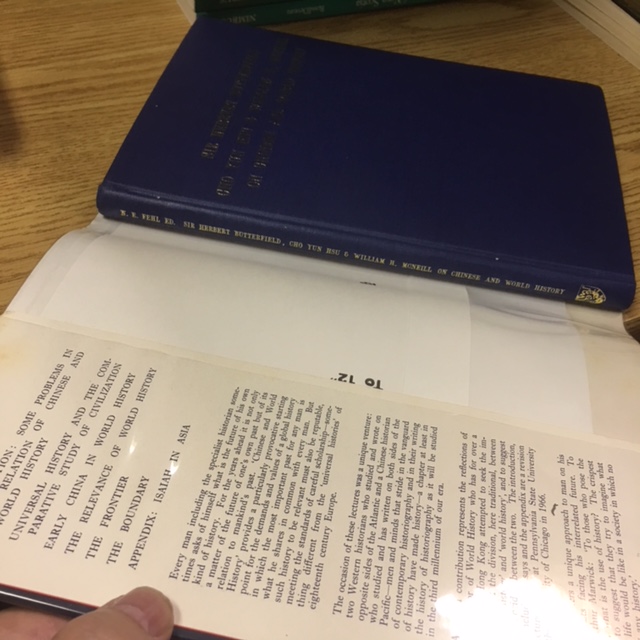 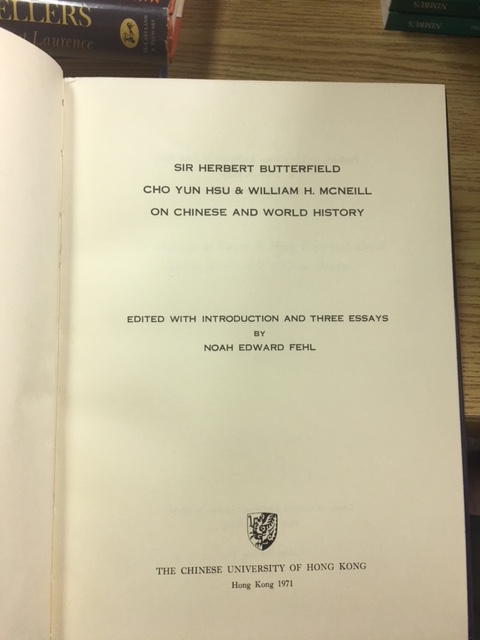 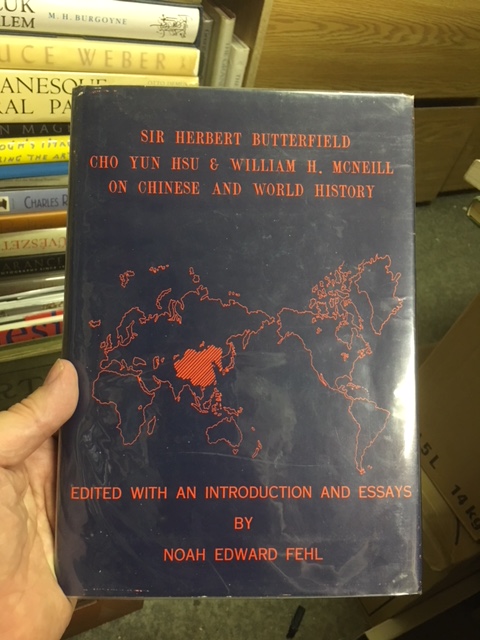 Sir Herbert Butterfield (b. October 7, 1900 Oxenhope, Yorkshire – d. July 20, 1979, Sawston, Cambridgeshire) was Regius Professor of History and Vice-Chancellor of the University of Cambridge.

"Every man including the specialist historian sometimes asks of himself what is the future of his own kind of history. For the years ahead it is not only a matter of the future of one's own past but of its relation to mankind's past. 'Chinese and Wortd History' provides a particularly provocative starting point for the demands and values of a global history in which the most important past for any man is what he shares in common with every man. But such history to be relevant must also be reputable, meetng the standards of careful scholarship - something different from the 'universal histories' of eighteenth century Europe.

The occasion of these lectures was a unique venture : two Western historians who studied and wrote on opposite sides of the Atlantic and a Chinese historian who studied and has written on both sides of the Pacific — men and minds that stride in the vanguard of contemporary historiography and in their writing of history have made history - a chapter at least in history of historiography as it will be studied in the third millennium of our era.

A fourth contribution represents the reflections of a professor of World History who has for over a decade in Hong Kong attempted to seek the implications of the division, here traditional, between 'Chinese history' and 'world history', and to suggest possible bridges between the two. The introduction, the concluding essays and the appendix are a revision of lectures given at Pennsylvania State University and the University of Chicago in 1966.

This book offers a unique approach to man on his several pasts facing his interrelated future. To quote Arthur Marwick: 'To those who pose the question, what is the use of history? The crispest reply is to suggest that they try to imagine what everyday life would be like in a society in which no one knew any history.' (from the dj).

Noah Edward Fehl's "The Frontier" and "The Boundary".

Owner's name expunged with black marker from the flyleaf and top edge, else very good in dustjacket (light wear to the edges). 35.00