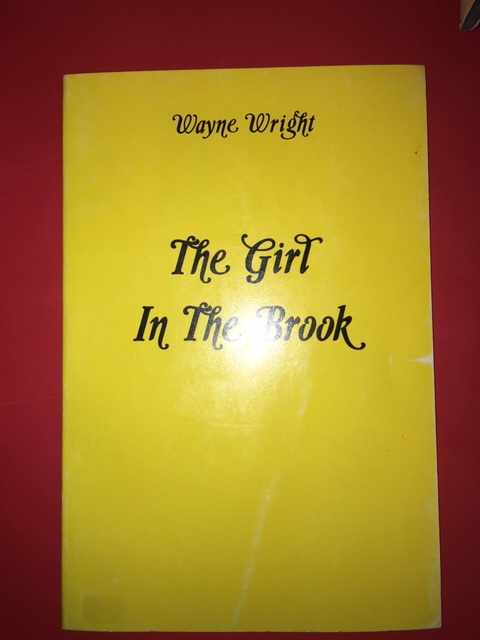 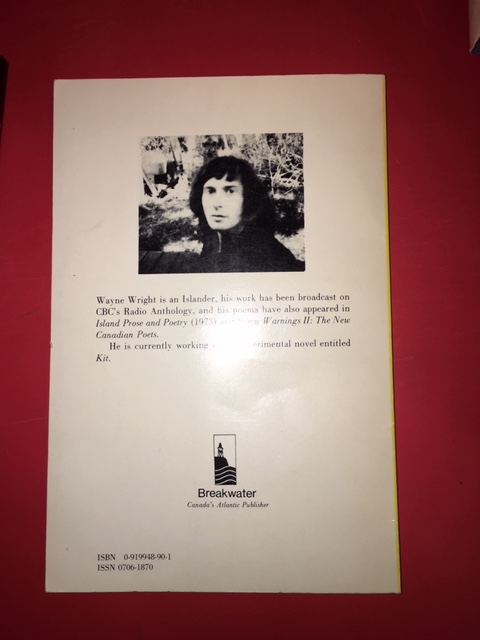 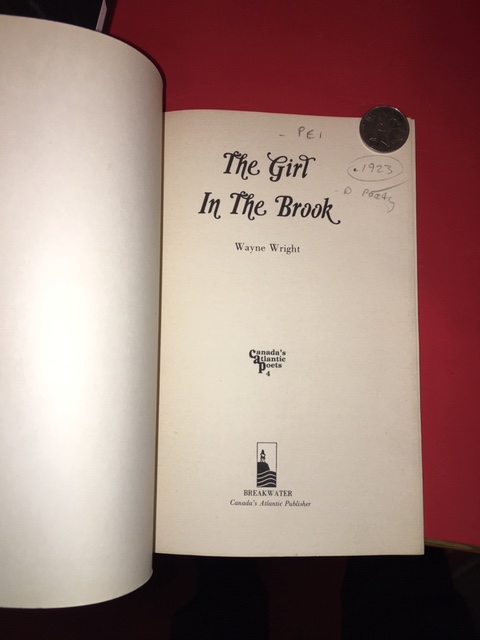 Poems:
"When the Tao is Present in the Universe",
"Breakwater",
"The Goaltender Keep in Mind",
"Never Mention Isadora Duncan",
"Lions for Thomas, Godson",
"For a Woman in Cam Che, Vietnam",
"Annie in the Sky" [mentioning Gander and Bear Cove, Newfoundland],
"Think of Me a Certain Twenty",
"Cape Clear Island",
"I Just Stood Leaning on the Door",
"Mermaiden" [with Jacques Cousteau references],
"Leif's Message to the Shield-maiden",
"Eastern Passage",
"She Rested in the Damascus",
"The Girl in the Brook",
"Keltic Landing",
"A Zodiac of Apples",
"Beneath the Still of Alders",
"Envoi",
"Anima",
"Stella Maris",
"Decade",
"Our Desires are Prismatic",
"Kafka",
"Lake Kejimkujik",
"Artemis",
"Prelude",
"Lismer",
"Sholem",
"On a low sofa the early madonna",
"To My Father, Dying Young",
"Richard Burton is Reading Dylan Thomas",
"Trading Cards of the Poets",
"Equal Odds",
"Measuring the Beach as Slender",
"I Wanted the Descension",
and the Haligonian "From the Paradise Restaurant" based on a long-gone Hollis Street greasy-spoon.

"When the Tao is Present in the Universe,
Trading cards of the poets
go even up with cards of the hockey player: ,br>so a Vosnesensky gets you Lafleur
or Tretiak one of us".

""When the Tao is Absent from the Universe,
the crew of the Alexandr Pushkin
play soocer by themselves down by the Arm
and poets in suede elbow patches
corner the duplex market."

Title: The Girl in the Brook. First Edition