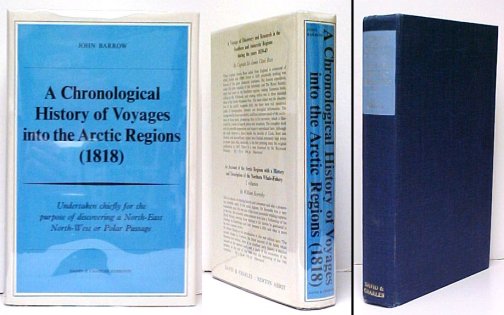 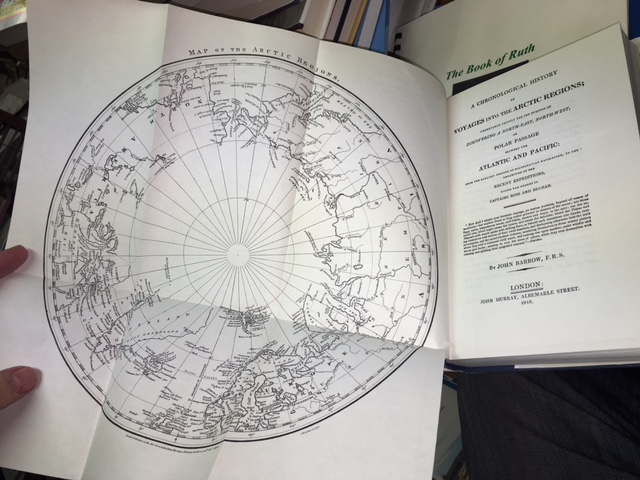 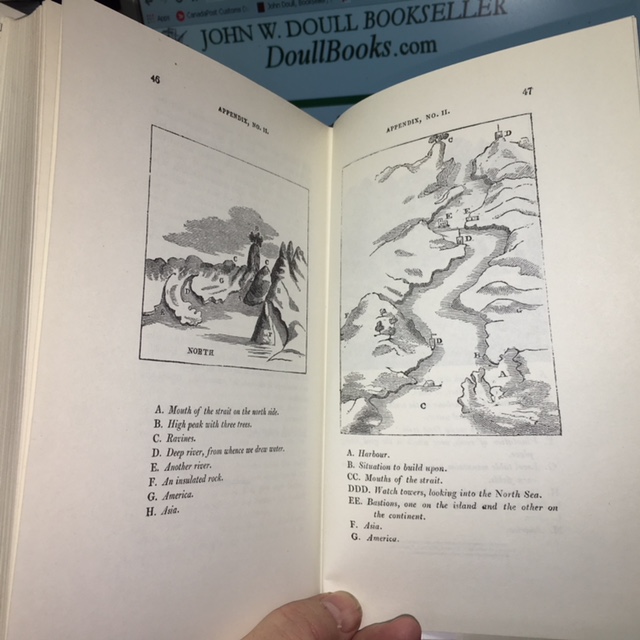 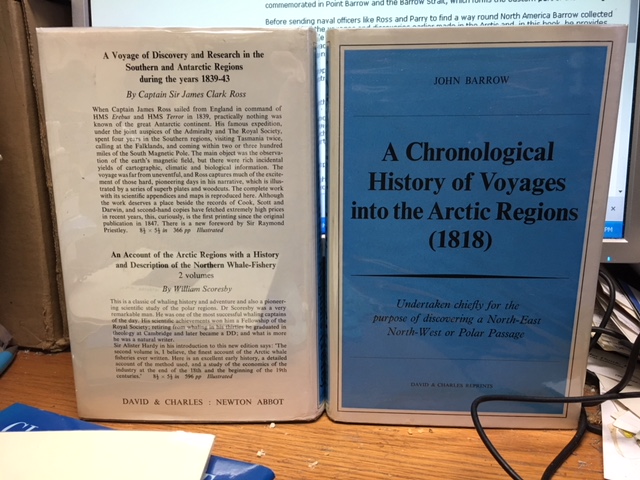 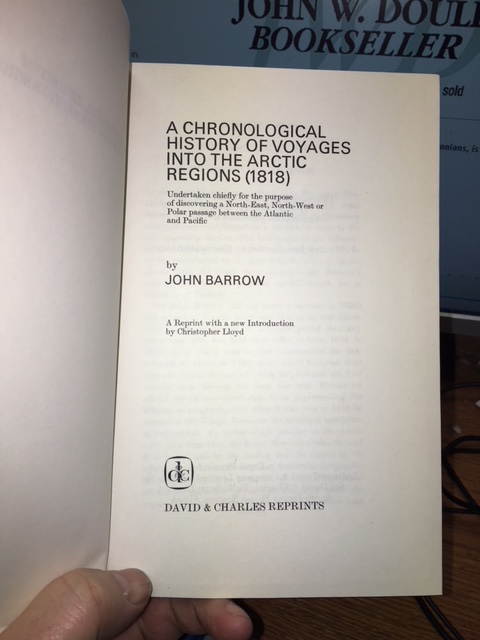 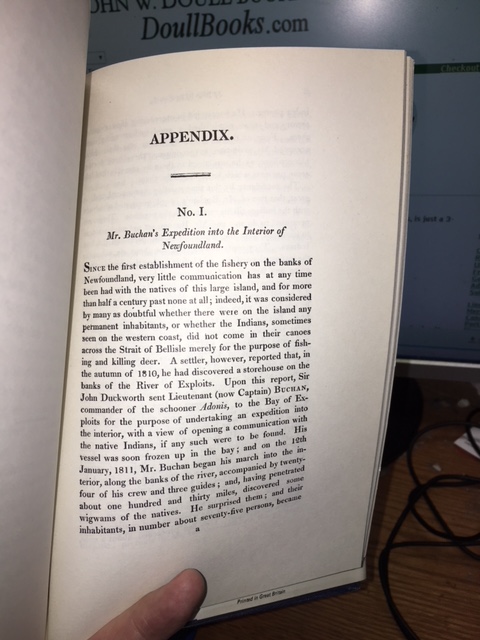 A Chronological History of Voyages into the Arctic Regions. Reprint in dustjacket.

BARROW, John. A Chronological History of Voyages into the Arctic Regions (1818) ; Undertaken chiefly for tthe purpose of discovering a North-East, North-West Passage or Polar Passage between the Atlantic and Pacific. A Reprint with a new Introduction by Christopher Lloyd. (Newton Abbot) : David & Charles Reprints, (1971). Pp. (i)-x, [4, including 1 folding map], (1)-379, (1)-48, [3]. 8vo, blue cloth with light blue cloth title panel to spine, with gilt lettering.

A reprinted version of John Barrow's account (originally published in 1818) of the history of the exploration of the north, from ancient times to the explorations of John Ross and David Buchan at the time of original publication, in search of a quick passage from the north Atlantic to the Pacific.

"The North West Passage is once again in the news on account of the discovery of oil in Alaska. John Barrow was responsible for a renewed search for the Passage in the last century, and his name is commemorated in Point Barrow and the Barrow Strait, which forms the eastern part of the Passage.

Before sending naval officers like Ross and Parry to find a way round North America Barrow collected accounts of all the voyages and discoveries earlier made in the Arctic and, in this book, he provides the best available history of the relentless quest up to 1818. Beginnhing with the Norse discovery of Vinland, he ransacks the old collections of voyages for accounts of such explorers as Frobisher, Davis, Baffin and Hudson, which he digests in a clear and readable style.

Professor Christopher Lloyd, who has published the standard biographyy of Sir John Barrow, contributes an introduction to this reprint of a rare history of early Arctic exploration." - (from the dj).

Appendicies:
I. Mr. Buchan's Expedition into the Interior of Newfoundland ((a 23-page section, on David Buchan [1780-1838];
II . A Relation of the Discovery of the Strait of Anian ; made by Capt. Lorenzo Ferrer Maldonado, in the Year 1588; in which is given the Course of the Voyage, the Situation of the Strait, the Manner in which it ought to be fortified, and also, the Advantages of this Navigation and the Loss which will arise from not prosecuting it.

Title: A Chronological History of Voyages into the Arctic Regions. Reprint in dustjacket.

A Chronological History of Voyages into the Arctic Regions. Reprint in dustjacket.