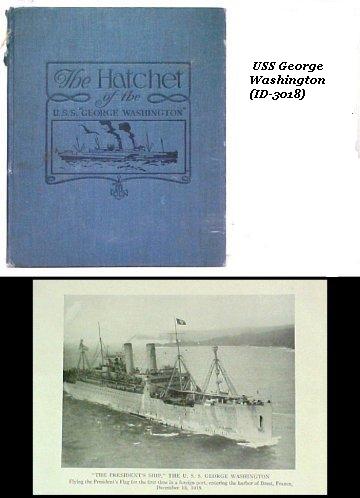 A complete bound reprint of the shipboard newspaper of the U.S. troopship George Washington during the Great War. With war news, safety bulletins, shipboard happenings, baseball scores, etc. With passenger lists from all 10 of her transatlantic voyages. As the editors put it themselves "Read the Hatchet- The Biggest Newspaper Published between New York and Liverpool. Dominant for 3000 Miles. A Dry Paper in a Wet Territory."

Arranged in 8 'volumes', all are in this book complete. With section of commendatory Letters, several by Albert Gleaves.