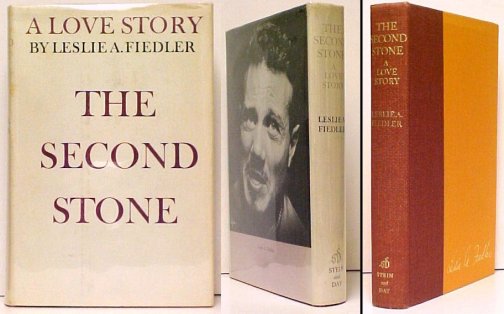 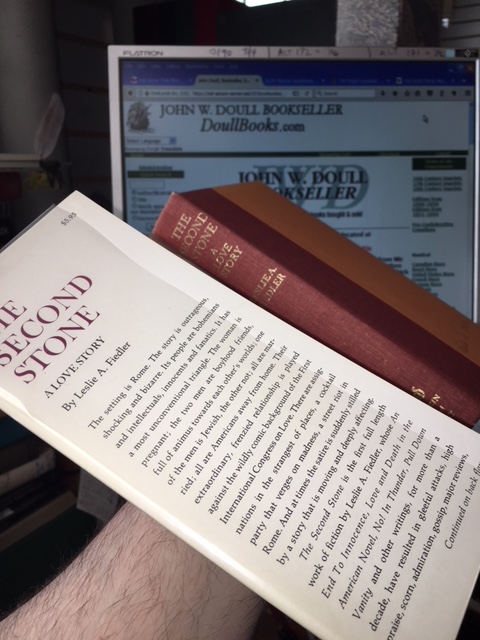 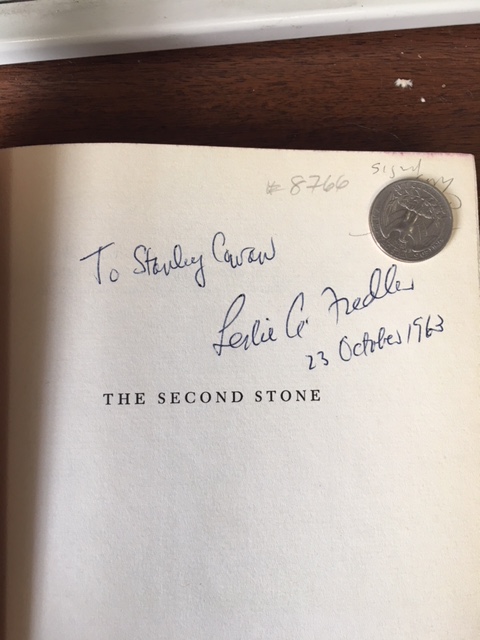 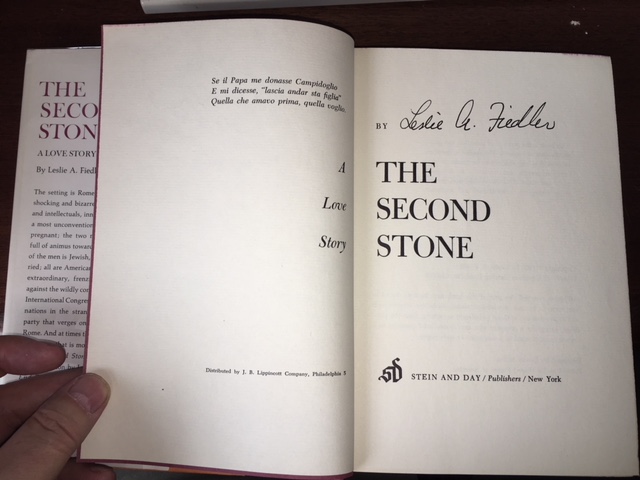 By: FIEDLER, Leslie A.

Leslie Aaron Fiedler (b. March 8, 1917, Newark, N.J. – d. January 29, 2003, Buffalo, N.Y.) was an American literary critic, known for his interest in mythography and his championing of genre fiction. His work also involves application of psychological theories to American literature.

"The setting is Rome. The story is outrageous, shocking and bizarre. Its people are bohemians and intellectuals, innocents and fanatics. It has a most unconventional triangle. The woman is pregnant; the two men are boyhood friends, full of animus towards each other's worlds; one of the men is Jewish, the other not; all are maried; all are Americans away from home. Their extraordinary, frenzied relationship is played against the wildly comic background of the First International Congress on Love. There are assignations in the strangest of places, a cocktail party that verges on madness, a street riot in Rome. And at times the satire is suddenly stilled by a story that is moving and deeply affecting.

The Second Stone is the frst full length work of fiction by Leslie A. Fiedler, whose An End To Innocence, Love and Death in the American Novel, No! In Thunder, Pull Down Vanity and other writings, for more than a decade, have resulted in gleeful attacks, high praise, scorn, admiration, gossip, major reviews, critical chain reactions, and much much talk particularly among the thousands of upper middlebrows and highbrows who are Fiedler enthusiasts and those who have an anti-Fieder axe to grind - or swing.

The Second Stone will hardly be an exception. It is carved out of brimstone by "the wild man of American literary criticism," whose story "Nude Croquet" caused a sensatioion when it first appeared in Esquire in 1957. The fact that a distinguished and controversial critic has 'dared" to write a novel will in itself set the intellectals' wardrums to rumbling.

This novel is not for readers who like their fiction roamtic and sentimental. Nor is it for those who shrink from the unconventional when it happpens on platform, pulpit, or in the bedroom. Surprise after surprise waits to burst out of these pages at the readers. Fiedler's newest book, The Second Stone, will not escape censure. It will not escape your memory either, as so many novels do. Of one thing you can be certain: what happens within these pages will be the subject of heated discussion for a long time to come." (from the dj).

Some fading to the top edge, also a small waterspot, head and tail of spine lightly rubbed, else very good in unclipped dustjacket (with some faint foxing to the upper spine). Signed, with inscription, by Fiedler to the half-title page. 75.00