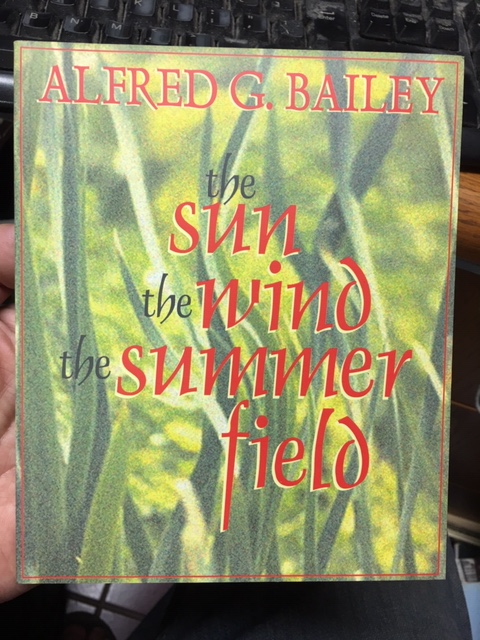 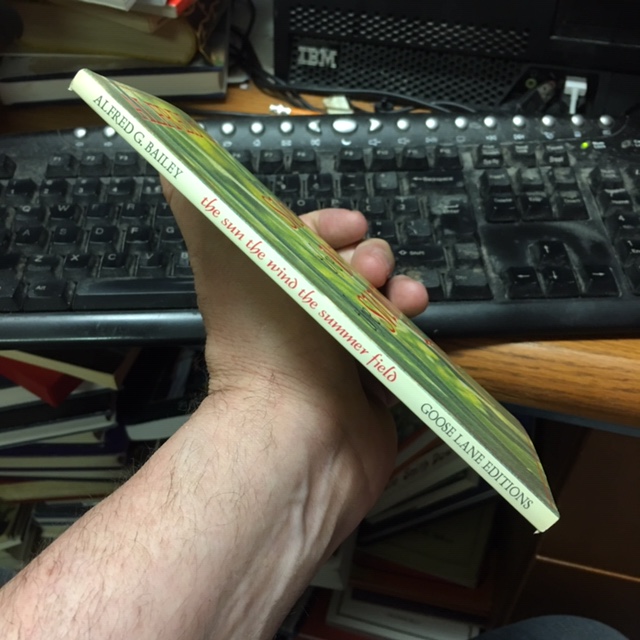 The Sun the Wind the Summer Field. First Edition

" "The Sun the Wind the Summer Field gathers together a half-century of poems by one of Canada's most distinguished men of letters. Some poems are the work of a young, strong voice applying T.S. Eliot's poetics to the Canadian ethos, while others give voice to old age, undiminished in power and enriched by experience. A few poems appeared in earlier books, a few others have been recently published in The Fiddlehead, The Cormorant, and Wild East, but most have never been published before." - the rear." - the rear.

A collection of poems by the New Brunswick author.

Includes :
"The Sun, the Wind, the Summer Field",
"Beyond the Haunted Hills",
"The Voice that Weaves the Winter Weaves the Spring",
"Waves off Grand Manan",
"Black Sails",
"Moonlight at Cap de Bon-Désir",
"Computer Misprintout",
"Dunes at Moulin Baude",
"The Invaders",
"On Going to be Brother to the Moon",
"Hellenic Moments",
"Portrait of the Self Not Lost Not Found",
"Madawaska Moose Yard", "
Rivière du Loup",
"After These Times",
"Sea Change",
"Kingdom of Saguenay",
"Figures of Time",
"Fredericton Airport",
"There He Is",
"The Ballad of John Bodkin",
"University Reading Room",
"The Act as Plural",
"Toy and Total",
"Earth Forms Transcended",
"The Good Intent",
"Outseasoned Souls",
"Paradise Unregained",
"Return",
"Persona",
"Sui Generis",
"Quebec, Citadel, 1914",
"Monsters, Misadventures, Monstrosities",
"Strong John",
"Man Gabbling",
"Old Bit Found",
"In Memory of Beresford Scott Killed in the Defence of Hong Kong in the Second World War",
"Journey without Words",
"Tao", and
"Ideogram".

Title: The Sun the Wind the Summer Field. First Edition

The Sun the Wind the Summer Field. First Edition