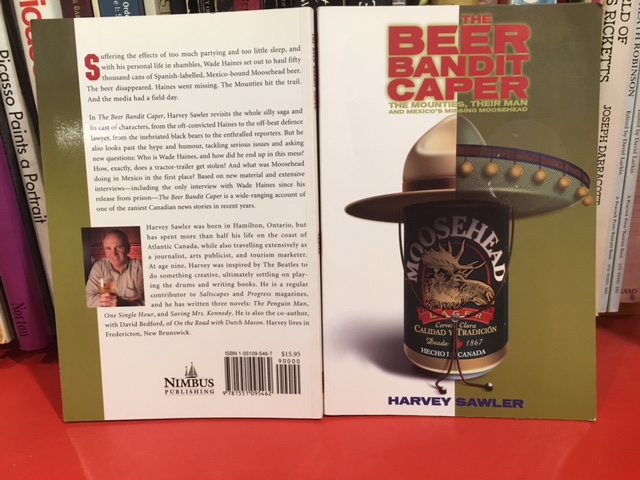 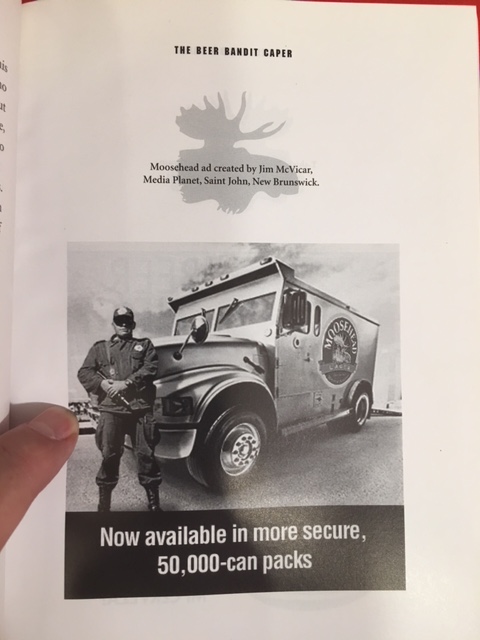 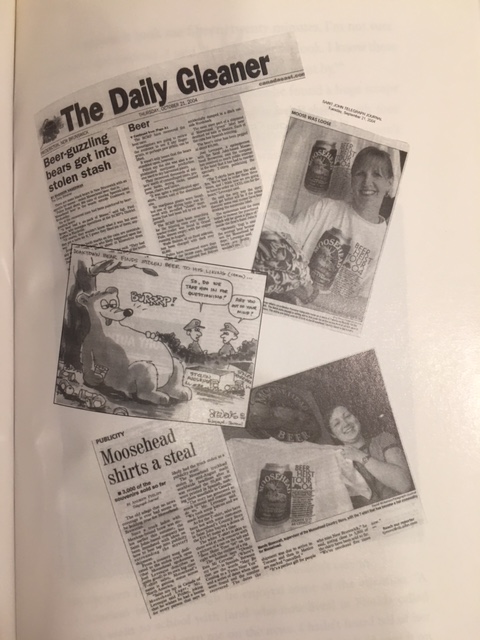 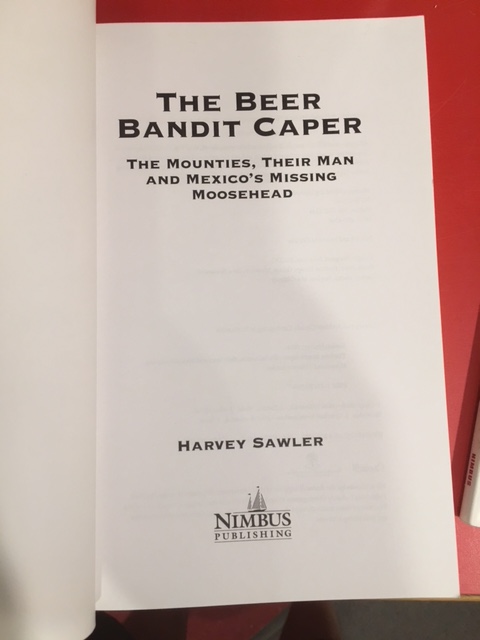 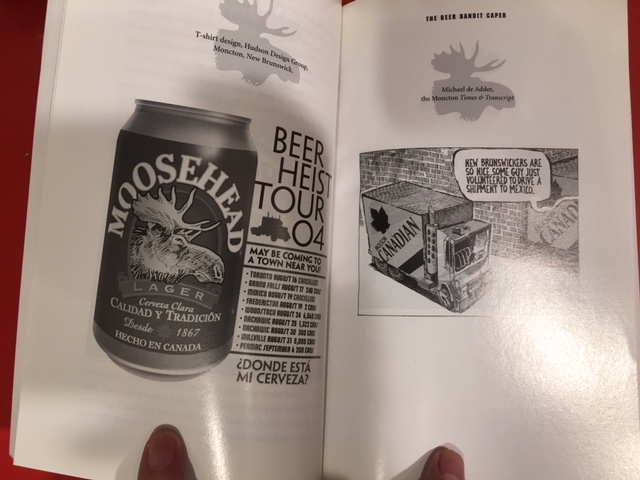 Harvey Sawler (b. 1954, Hamilton, Ontario).
He was living in Fredericton at the time of publication.

"Suffering the effects of too much partying and too little sleep, and with his personal life in shambles, Wade Haines set out to haul fifty thousand cans of Spanish-labelled, Mexico-bound Moosehead beer. The beer disappeared. Haines went missing. The Mounties hit the trail. And the media had a field day.

In The Beer Bandit Caper Harvey Sawler revisits the whole silly saga and its cast of characters, from the oft-convicted Haines to the off-beat defence lawyer, from the inebriated black bears to the enthralled reporters. But he also looks past the hype and humour, tackling serious issues and asking new questions: Who is Wade Haines, and how did be end up in this mess? How, exactly, does a tractor-trailer get stolen? And what was Moosehead doing in Mexico in the first place? Based on new material and extensive interviews—including the only interview with Wade Haines since his release from prison — The Beer Bandit Caper is a wide-ranging account of one of the zaniest Canadian news stories in recent years." - from rear cover.

Arranged in five parts
1. The Moose Gets Loose;
2. The Power of Brand;
3. The Supporting Cast;
4. Becoming the Beer Bandit;
5. A Sixty-Percent Chance.