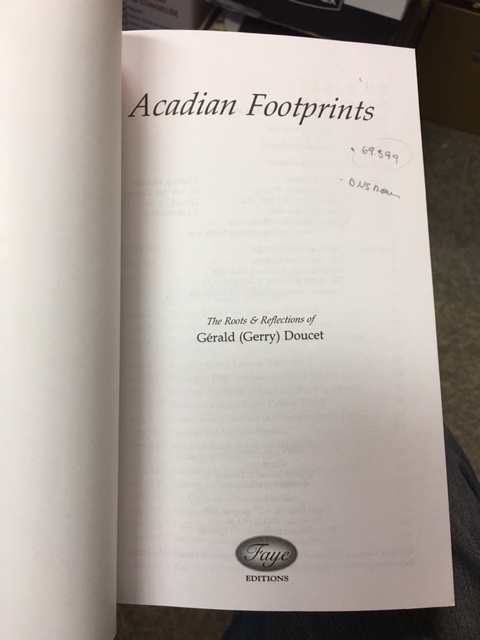 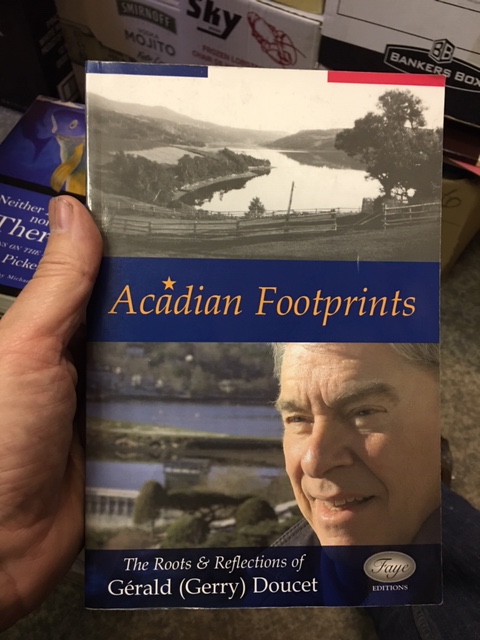 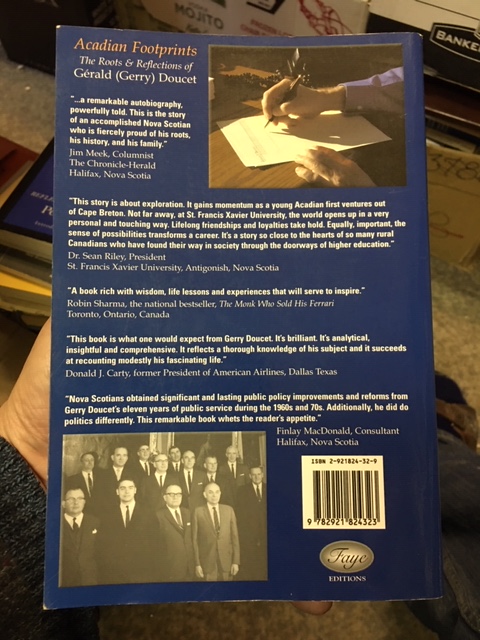 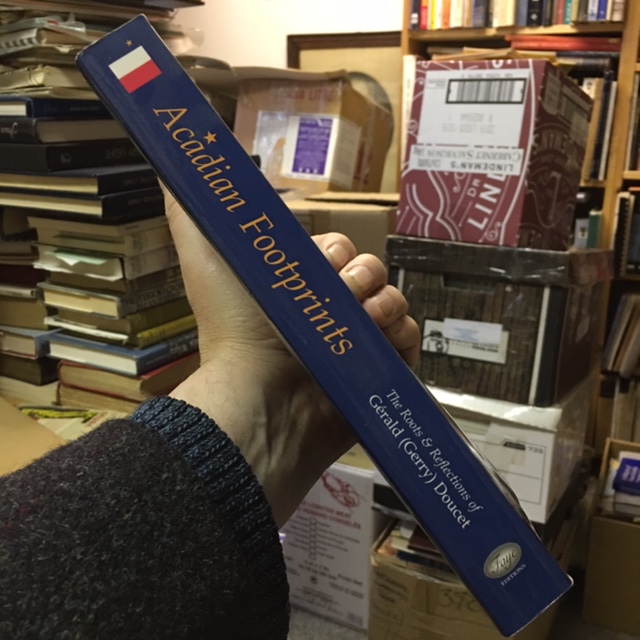 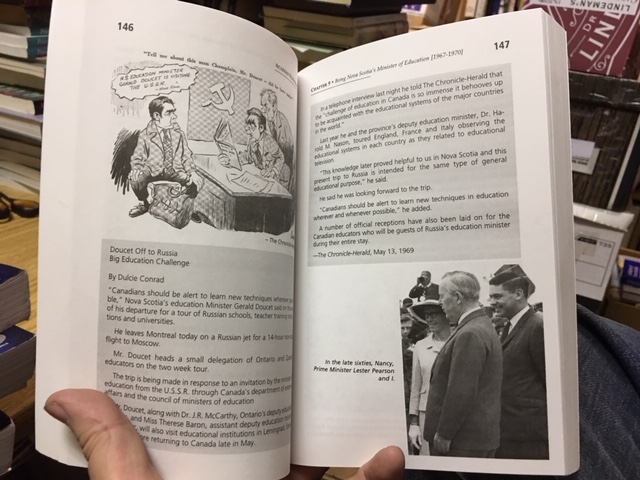 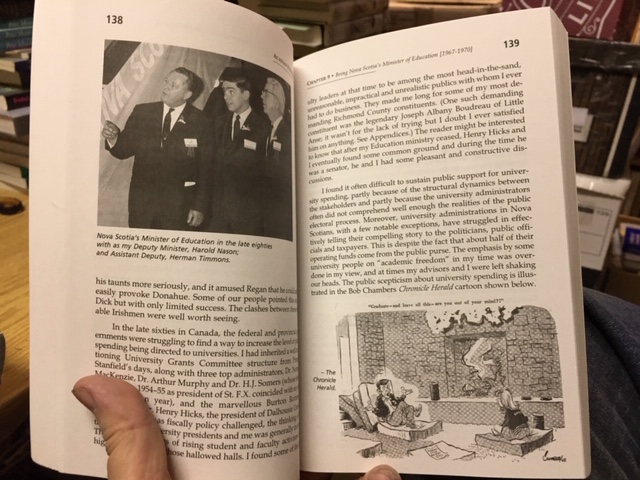 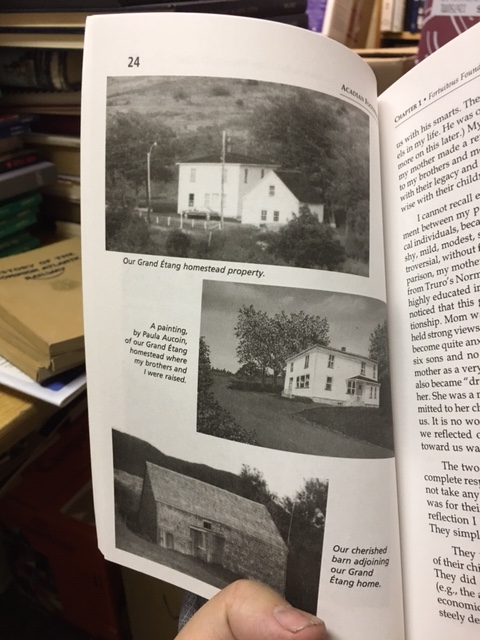 2. The Families of my Father and Mother.

11. Marriage Break down and the Political Leadership Contest of 1971.

13. Making it Through the Seventies.

14. My Children and Grandchildren.

Appendices :
A. The Eight Branches of Our Family Tree.
B. The Old House on Grand-Étang.
C. Mortgage of Personal Property in the Amount of $450 by Levi Aucoin and My Father.

I. Ten Good Rules to Follow in Public Life.

Q. An Act Respecting a Community College in Southwestern Nova Scotia" (Assented to the 24th Day of April, A.D., 1970).

R. Program for Visit of the Doucet-Led Canadian Education Delegation to the U.S.S.R. - 1969.

AA. Official Invitation to Fred and Alina Doucet's Wedding and Reception at 24 Sussex Drive in Ottawa.

DD. List of the 21 Members of House of Assembly forming the 1971 Nova Scotia Progressive Party Caucus, and whom, I believe, they each respectively supported at the March 6 1971 PC Party Leadership Convention.

EE. Two of my 1967 Election Campaign Radio Broadcasts and the text of my Closing Campaign Speech in Petit de Grat on May 29, 1967.