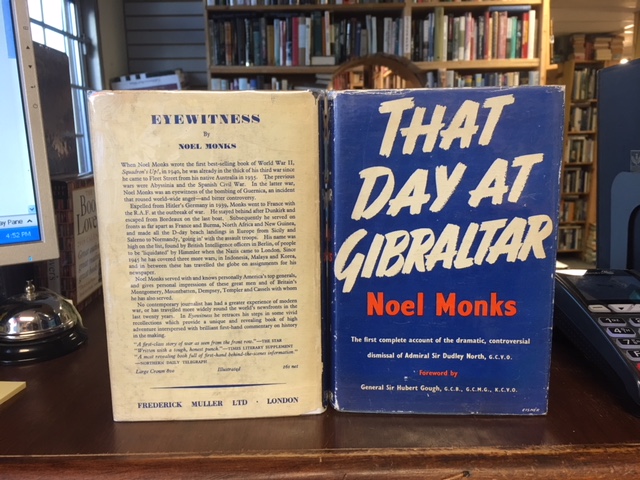 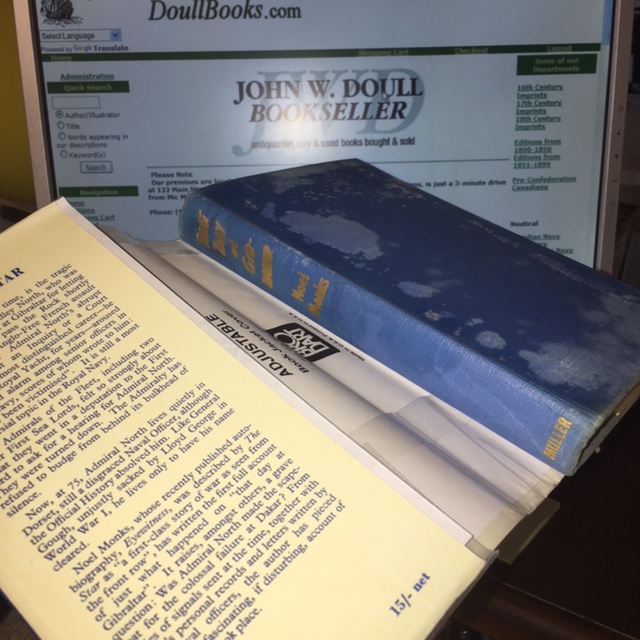 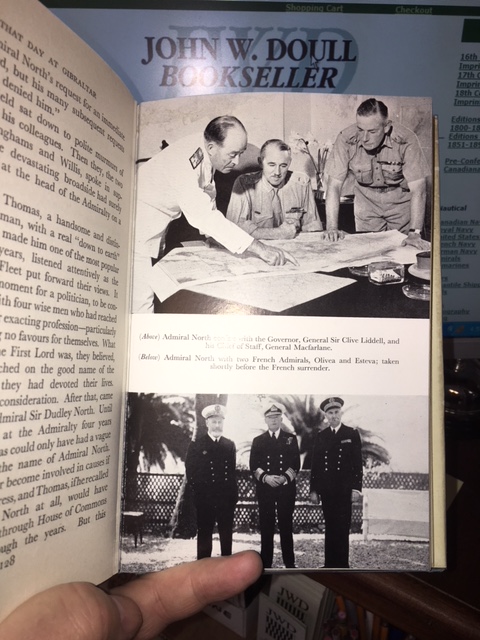 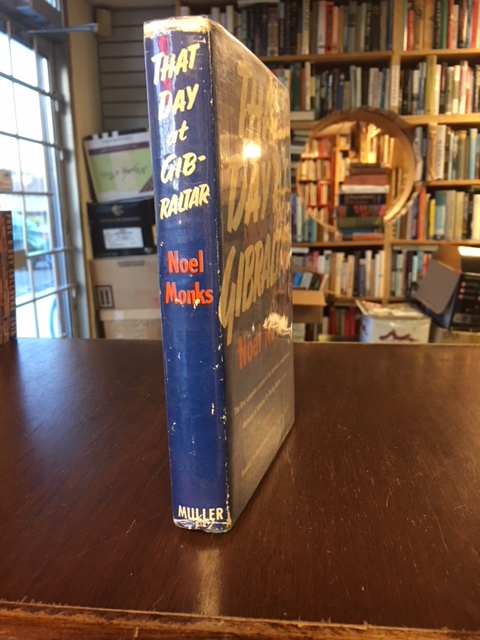 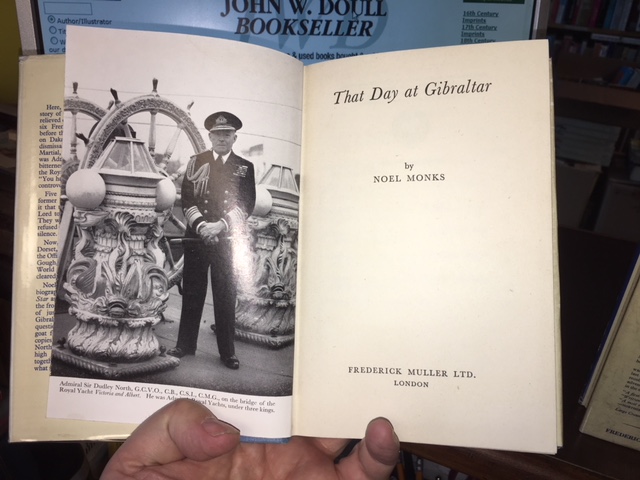 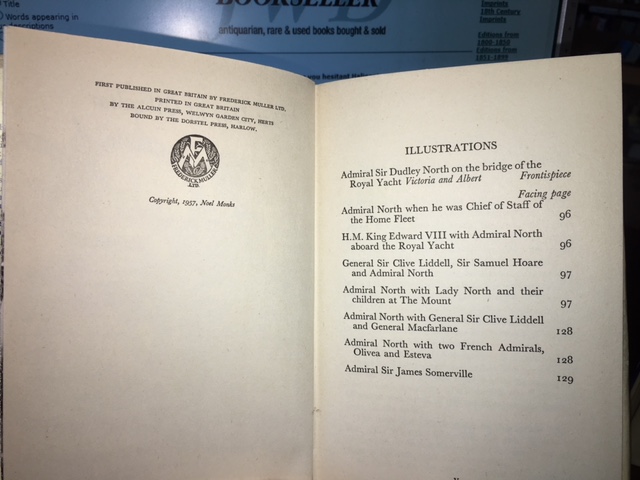 That Day at Gibraltar. First Edition in dustjacket

"Here, told for the first time, is the tragic story of Admiral SIr Dudley North, who was relieved of his command at Gibraltar for letting six French warships pass the rock shortly before the abortive Anglo-Free French assault on Dakar in 1940. Admiral North's abrupt dismissal, without an Inquiry or a Court Martial, after a most distinguished career - he was Admiral, Royal Yacht, for years - aroused bitterness and alarm among senior officers in the Royal Navy, scores of whom wrote to him: "You have been victimised." It is still a most controversial topic in the Royal Navy.

Five Admirals of the Fleet, including two former First Sea Lords, felt so strongly about it that they went in a deputation to the First Lord to ask for a hearing for Admiral North. They were turned down. The Admiralty refused to budge from behind its bulkhead of silence.

Now, at 75, Admiral North lives quietly in Dorset, still a disgraced Naval Officer, although the Official History absolved him. Like General Gough, unjustly sacked by Lioyd George in World War I, he lives only to have his name cleared.

Noel Monks [...] has written the first full account of just what happened on "that day at Gibraltar". It raises, amongst others, a grave question: Was Admiral North made the scapegoat for the colossal failure at Dakar? From copies of signals sent at the time, together with North's personal records and letters written by high naval officers, the author has pieced together a fascinating, if disturbing, account of what really took place." -from the dj.

Title: That Day at Gibraltar. First Edition in dustjacket

That Day at Gibraltar. First Edition in dustjacket