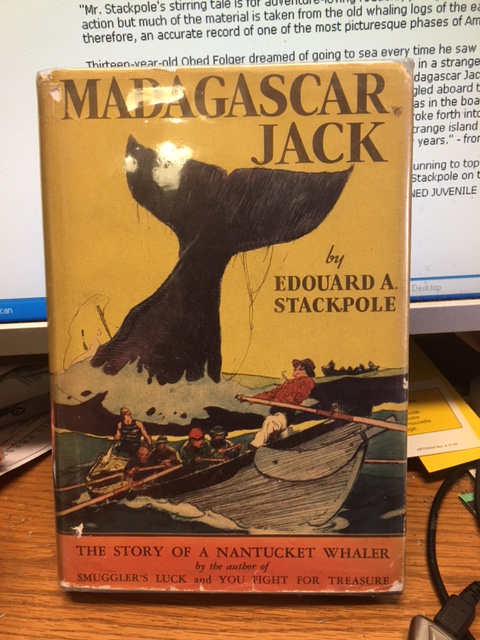 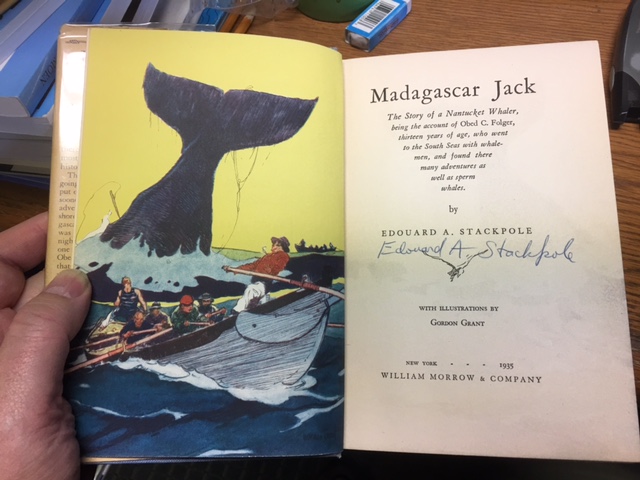 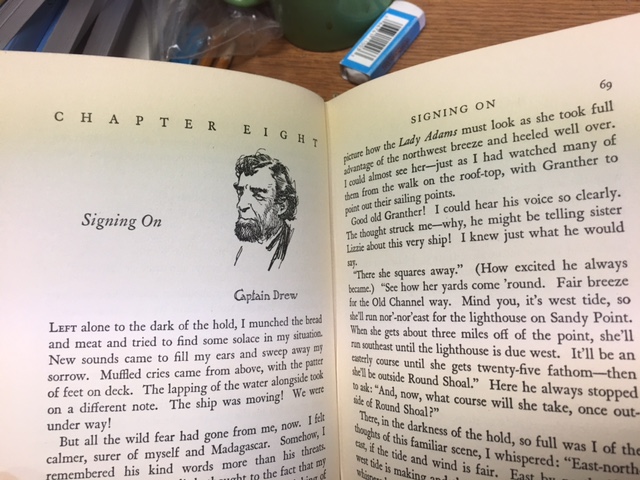 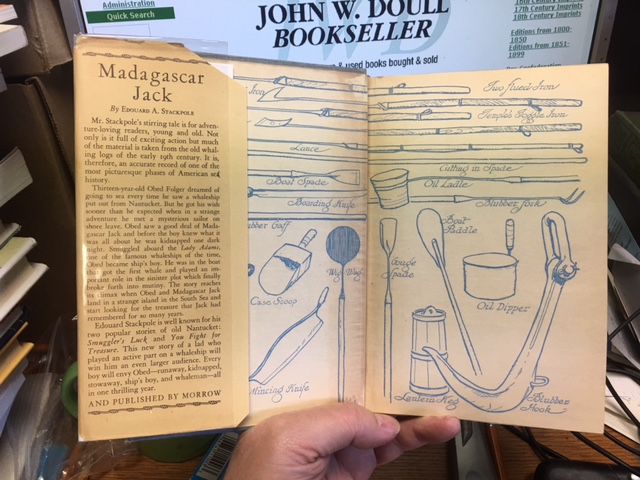 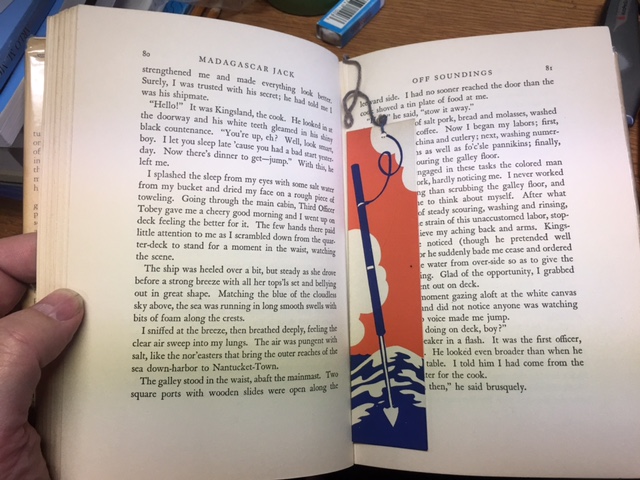 Madagascar Jack : The Story of a Nantucket Whaler. First Edition in dustjacket, Signed.

By: STACKPOLE, Edouard A. GRANT, Gordon

STACKPOLE, Edouard A. Madagascar Jack : The Story of a Nantucket Whaler, being the account of Obed C. Folger, thirteen years of age, who went to the South Seas with whalemen, and found there many adventures as well as sperm whales. With illustrations by Gordon Grant. New York : William Morrow & Company, 1935. First Printing. Pp. (6),vii-xi,(1),[1]-308,(2) + colour frontispiece + 5 leaves of Grant drawings. 8vo, decorated blue cloth with dark blue lettering to front and spine, top edge dyed a pale blue-grey, with an attached bookmark of a whaling harpoon. End-papers illustrated with various whaling tools.

Not in Smith & Weller, Sea Fiction Guide, though other Stackpole titles are.

A stirring novel for young adults about an adolescent's south sea whaling voyage.

"Mr. Stackpole's stirring tale is for adventure-loving readers, young and old. Not only is it full of exciting action but much of the material is taken from the old whaling logs of the early 19th century. It is, therefore, an accurate record of one of the most picturesque phases of American sea history.

Thirteen-year-old Obed Folger dreamed of going to sea every time he saw a whaleship put out from Nantucket. But he got his wish sooner than he expected when in a strange adventure he met a mysterious sailor on shore leave. Obed saw a good deal of Madagascar Jack and before the boy knew what it was all about he was kidnapped one dark night. Smuggled aboard the Lady Adams, one of the famous whaleships of the time, Obed became ship's boy. He was in the boat that got the first whale and played an important role in the sinister plot which finally broke forth into mutiny. The story reaches its climax when Obed and Madagascar Jack land in a strange island in the South Sea and start looking for the treasure that Jack had remembered for so many years." - from the dj.

Madagascar Jack : The Story of a Nantucket Whaler. First Edition in dustjacket, Signed.