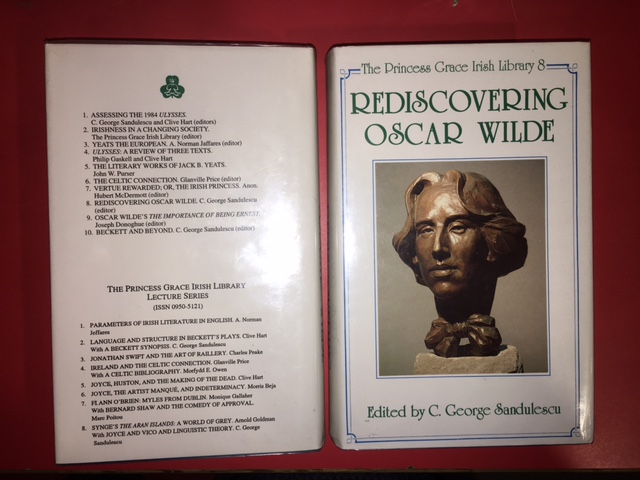 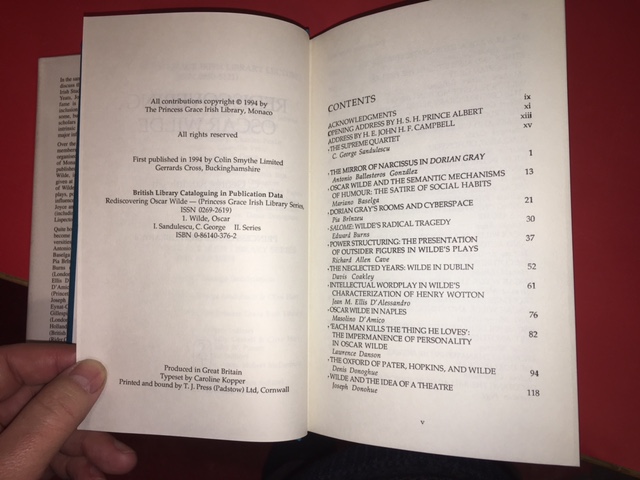 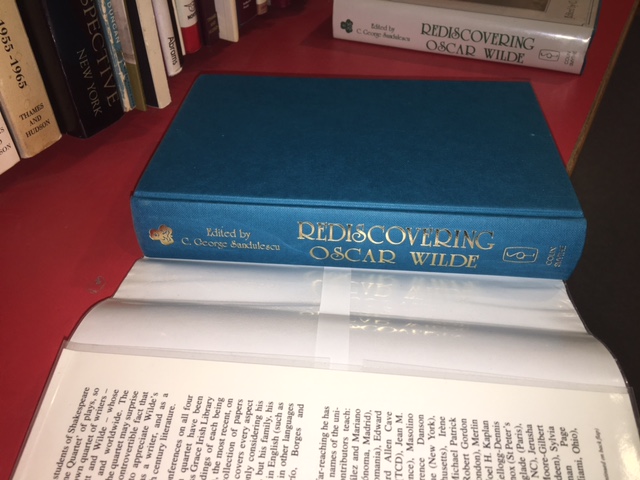 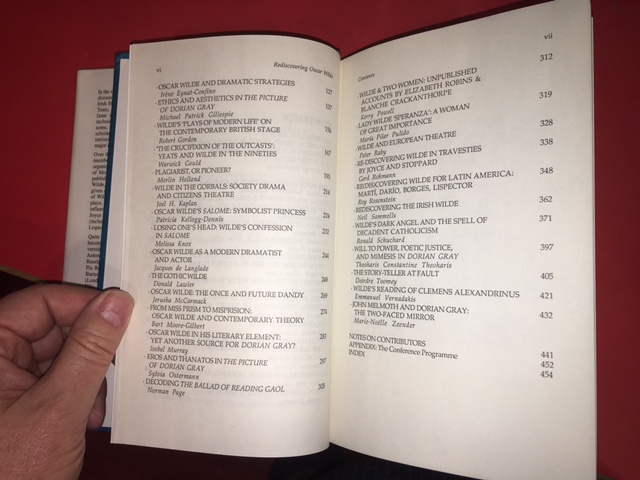 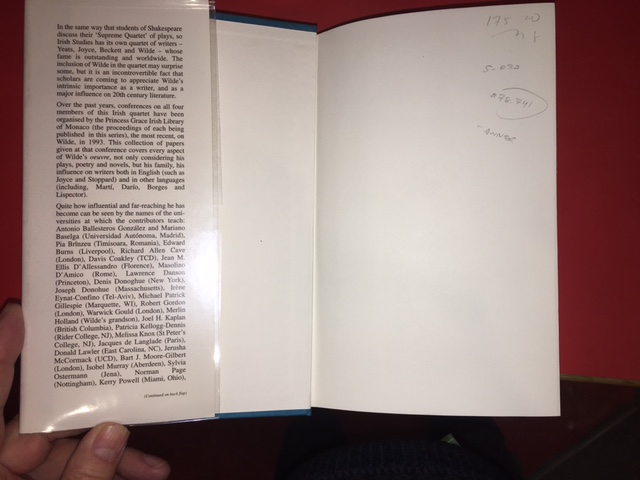 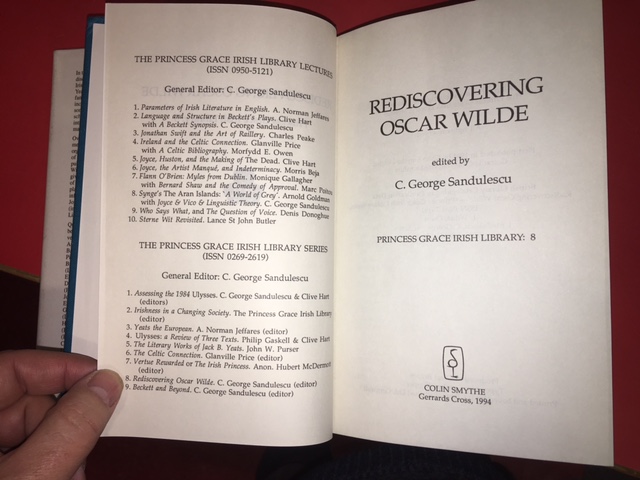 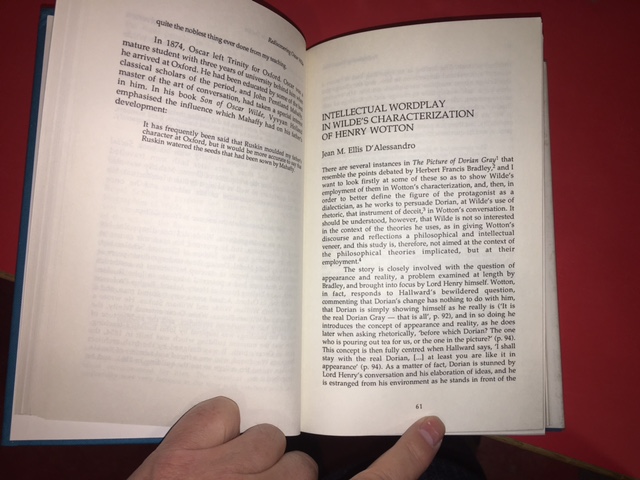 "In the same way that students of Shakespeare discuss their "Supreme Quartet" of plays, so Irish Studies has its own quartet of writers, Yeats, Joyce, Beckett and Wilde, whose fame is outstanding and worldwide. The inclusion of Wilde in the quartet may surprise some, but it is an incontrovertible fact that scholars are coming to appreciate Wilde's importance as a major influence on 20th century literature.

Over the past years, conferences on all four members of this Irish quartet have been organized by the Princess Grace Irish Library of Monaco (the proceedings of each being published in this series), the most recent, on Wilde, in 1993. This collection of papers given at that conference, covers every aspect of Wilde's oeuvre, not only considering his plays, poetry and novels, but his family, his influence on writers both in English (such as Joyce and Stoppard) and in other languages (including Marti, Dario, Borges and Lispector).

Quite how influential and far-reaching he has become can be seen by the names of the universities at which the contributors teach" - from the dj.

The Mirror of Narcissus in Dorian Gray by Antonio Ballesteros Gonzalez;

Oscar Wilde and the Semantic Mechanisms of Humour: The Satire of Social Habits by Mariano Baselga;

The Neglected Years: Wilde in Dublin by Davis Coakley;

'Each Man Kills the Thing He Loves': The Impermanence of Personality in Oscar Wilde by Lawrence Danson;

The Oxford of Pater, Hopkins, and Wilde by Denis Donoghue;

Wilde and the Idea of a Theatre by Joseph Donohue;

Ethics and Aesthetics in The Picture of Dorian Gray by Michael Patrick Gillespie;

Wilde's 'Plays of Modern Life' on the Contemporary British Stage by Robert Gordon;

'The Crucifixion of the Outcasts': Yeats and Wilde in the Nineties by Warwick Gould;

Plagiarist, or Pioneer? by Merlin Holland;

Wilde in the Gorbals: Society Drama and Citizens Theatre by Joel H. Kaplan;

Oscar Wilde as a Modern Dramatist and Actor by Jacques de Langlade;

The Gothic Wilde By Donald Lawler;

Oscar Wilde: The Once and Future Dandy by Jerusha McCormack;

From Miss Prism to Misprision: Oscar Wilde and Contemporary Theory by Bart Moore-Gilbert;

Oscar Wilde in His Literary Element: Yet Another Source for Dorian Gray? by Isobel Murray;

Eros and Thanatos in The Picture of Dorian Gray by Sylvia Ostermann;

Decoding The Ballad of Reading Gaol by Norman Page;

Re-Discovering Wilde in Travesties by Joyce and Stoppard by Gerd Rohmann;

Wilde's Dark Angel and the Spell of Decadent Catholicism by Ronald Schuchard;

Will to Power, Poetic Justice, and Mimesis in Dorian Gray by Theoharis Constantine Theoharis;

The Story-Teller at Fault by Deirdre Toomey;