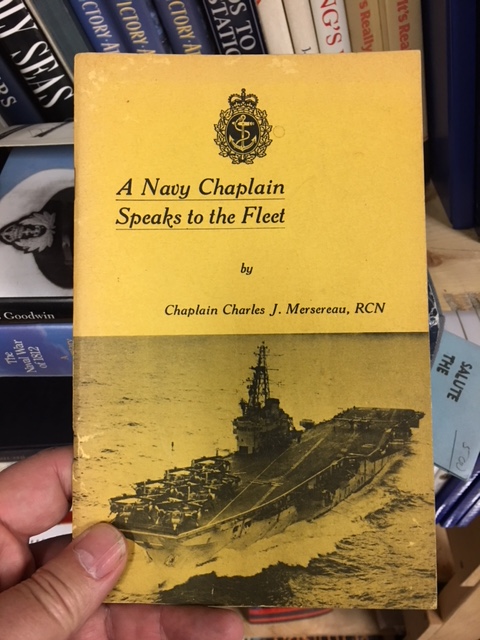 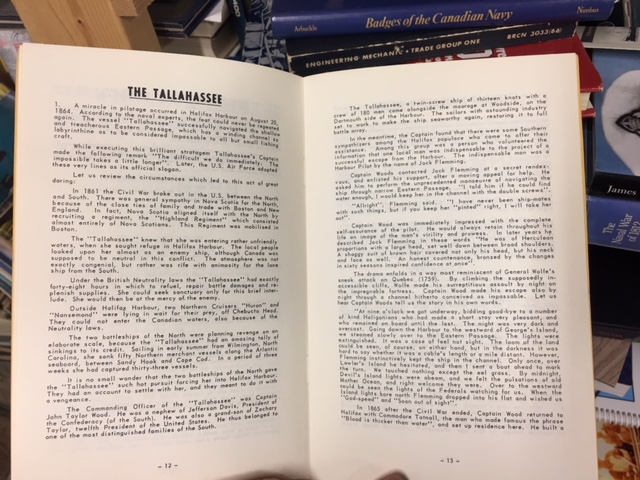 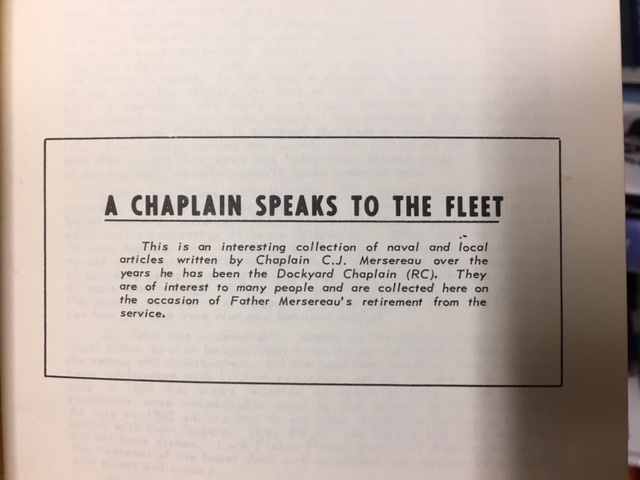 A Navy Chaplain Speaks to the Fleet. First Edition.

A series of articles of naval and local interest by Chaplain Mersereau, collected on the occasion of his retirement from the RCN.

Contents:
Old Naval Customs,
The French Armada [on the d'Enville expedition of 1746];
General Wolfe,
Jordan the Pirate [Edward Jordan, hanged at the rock by Black Rock Beach, Halifax in 1809];
A Young Seaman's Grave [James Hamley, who died May 4, 1841 aboard HM Sloop Pilot and is buried in the Stadacona graveyard];
The Tallahassee [the Confederate blockade runner];
Queen Victoria's Royal Barge [now in the collection of the Maritime Museum of the Atlantic];
Halifax's Three Bridges;
The Phantom Ship [of Bay Chaleur].

Title: A Navy Chaplain Speaks to the Fleet. First Edition.

A Navy Chaplain Speaks to the Fleet. First Edition.