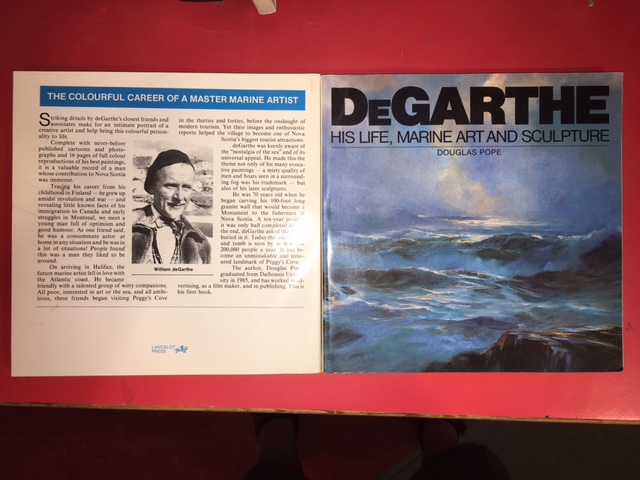 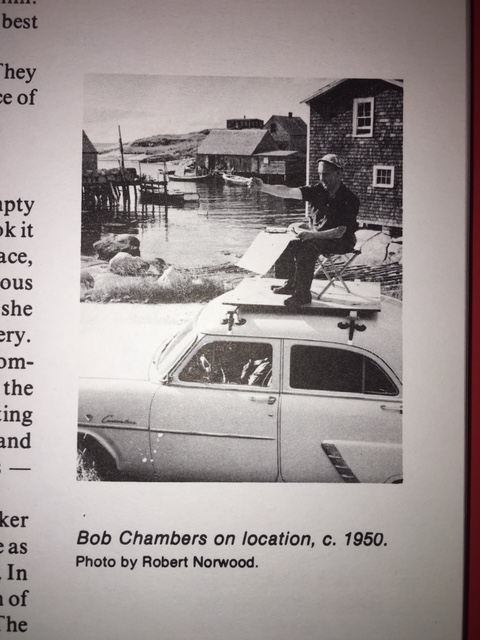 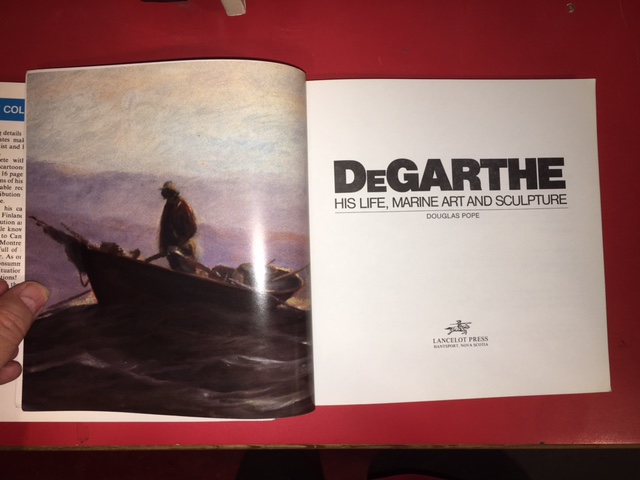 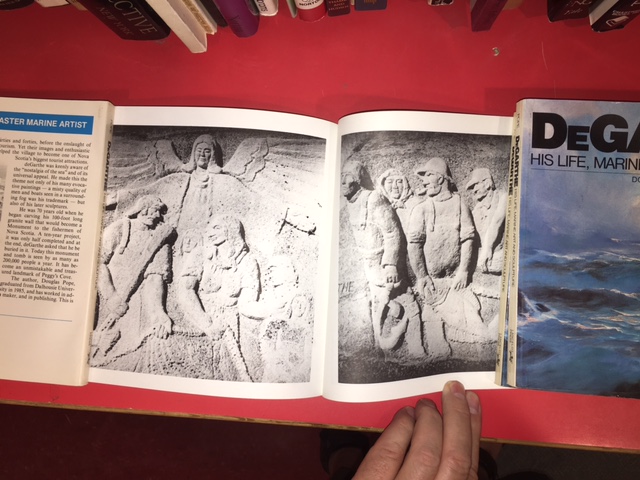 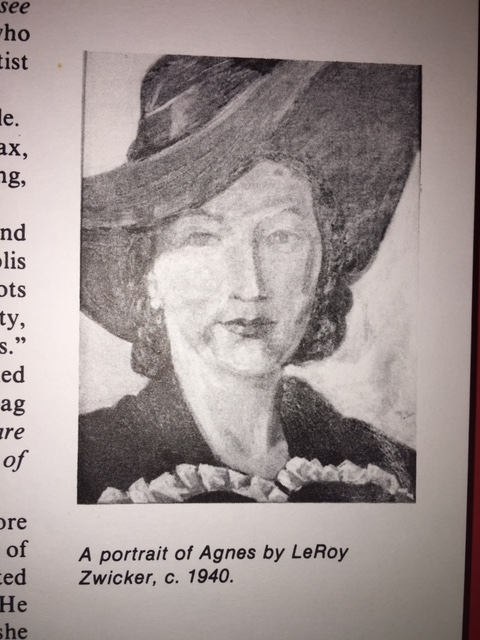 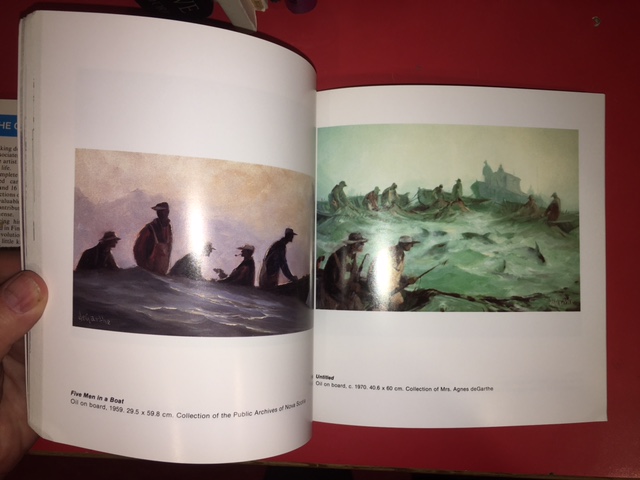 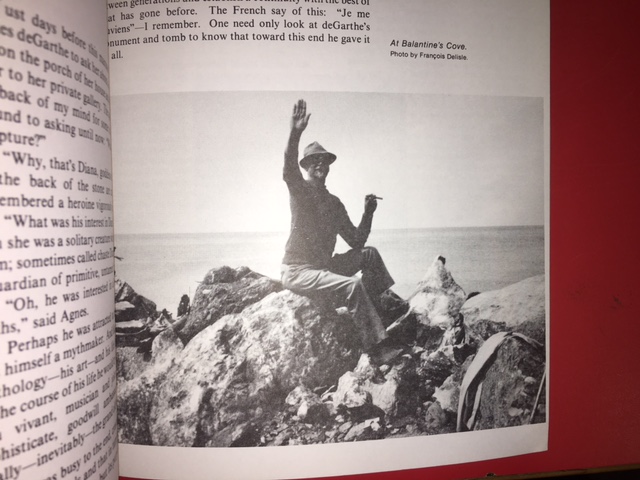 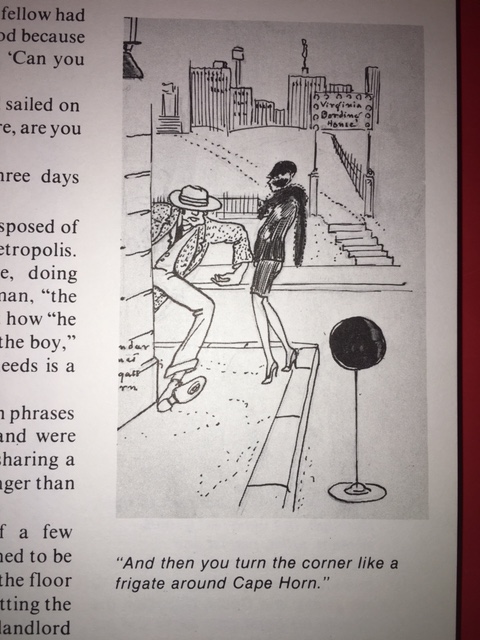 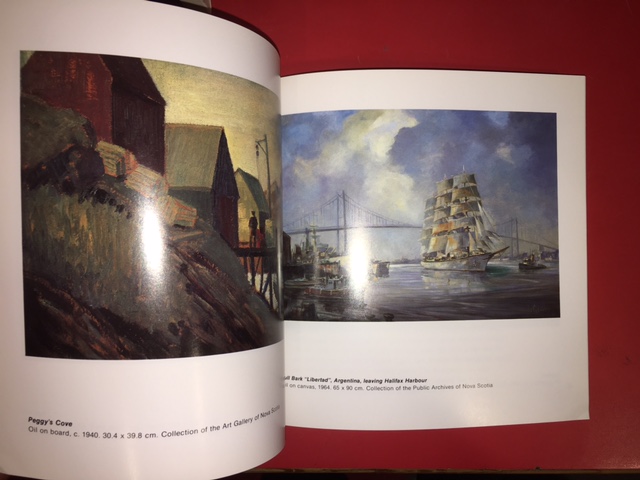 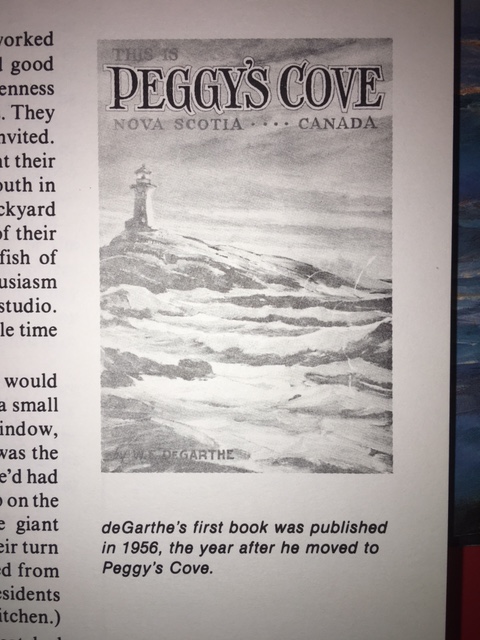 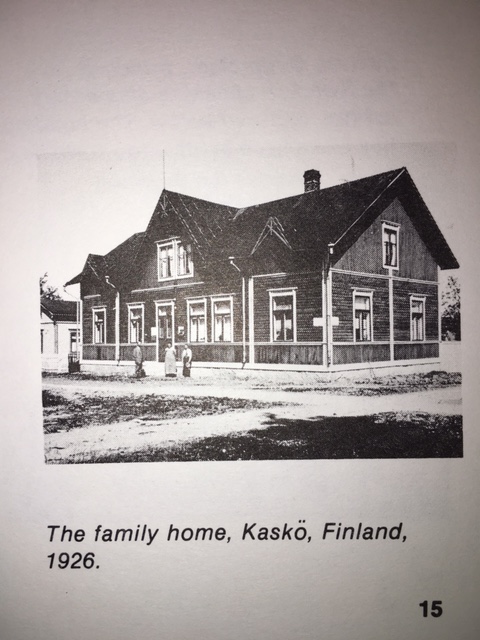 "Striking details by deGarthe's closest friends and associates make for an intimate portrait of a creative artist and help bring this colourful personality to life.

Complete with never-before published cartoons and photographs and 16 pages of full colour reproductions of his best paintings, it is a valuable record of a man whose contribution to Nova Scotia was immense.

Tracing his career from his childhood in Finland— he grew up amidst revolution and war — and revealing little known facts of his immigration to Canada and early struggles in Montreal, we meet a young man full of optimism and good humour. As one friend said, he was a consummate actor at home in any situation and he was in a lot of situations!People found this was a man they liked to be around.

On arriving in Halifax, the future marine artist fell in love with the Atlantic coast. He became friendly with a talented group of witty companions. All poor, interested in art or the sea, and all ambitious, these friends began visiting Peggy's Cove in the thirties and forties, before the onslaught of modern tourism. Yet their images and enthusiastic reports helped the village to become one of Nova Scotia's biggest tourist attractions.

deGarthe was keenly aware of the "nostalgia of the sea" and of its universal appeal. He made this the theme not only of his many evocative paintings — a misty quality of men and boats seen in a surrounding fog was his trademark — but also of his later sculptures.

He was 70 years old when he began carving his 100-foot long granite wall that would become a Monument to the fishermen of Nova Scotia. A ten-year project, it was only half completed and at the end, deGarthe asked that he be buried in it. Today this monument and tomb is seen by as many as 200 ,000 people a year. It has become an unmistakable and treasured landmark of Peggy's Cove. " - from the cover.

1. Wanderlust;
2. Making a Living;
3. Emergence of an Artist
4. Peggy's Cove;
5. Greenbacks and Grandbankers;
6. A Monument in Stone;
7. Bigger than Life.
With notes and a chronology.