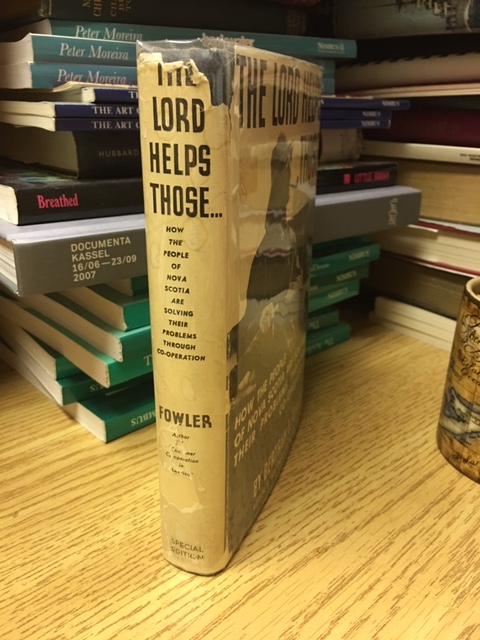 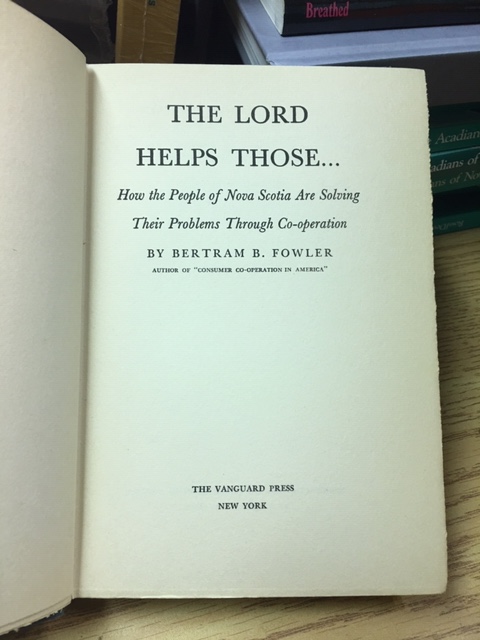 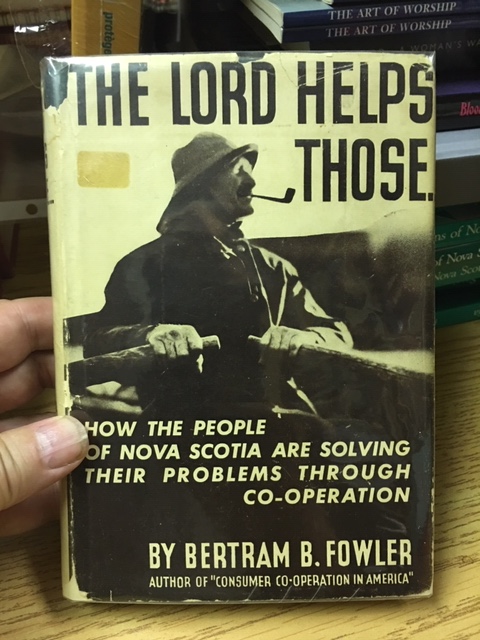 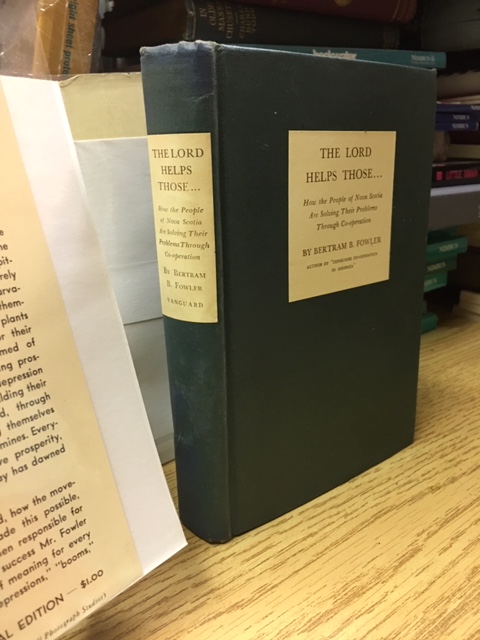 The Lord Helps Those... How the People of Nova Scotia Are Solving Their Problems Through Co-operation. Third Printing in dustjacket

FOWLER, Bertram B. The Lord Helps Those... How the People of Nova Scotia Are Solving Their Problems Through Co-operation. New York: Vanguard Press, (copyright 1938). Third Printing. The dust jacket flap, the foot of spine, and the ffep all state "Special Edition". Pp (8),vii-ix,(3),3-180. 8vo (135 x 195 mm), green cloth, paper label to front board and spine, top edge dyed green.

"Nowhere in the world has the co-operative movement wrought miracles comparable to those accomplished in Nova Scotia. In Sweden, in Denmark, in Great Britain, and even in our own United States, co-operatives have been successful in reducing the cost of living for their members and raising their standard of life. But in Nova Scotia, under the guidance of leaders connected with St. Francis Xavier University at Antigonish, co-operation is actually transforming society.

Just a few years ago the fishermen, the farmers and the miners of that province were sunk in poverty as wretched at that endured by Southern share-croppers. The fishermen's boats were mortgaged, the farmers were losing their land, and the pittance earned by the miners was barely sufficient to keep their families from starvation. Today the fishermen are freeing themselves of debt and their own canning factories are paying them a higher rate for their catch than they had ever dreamed of achieving. The farmers are attaining prosperity despite the the agricultural depression elsewhere, and the miners are building their own housing developments, and, through their gardens, partially freeing themselves from their dependence on the mines. Everywhere there is peace, relative prosperity, and good will. A happier day has dawned for Nova Scotia.

How this was accomplished, how the movement functions which made this possible, and something of the men responsible for this solid and and amazing success, Mr. Fowler tells in a volume full of meaning for every American tired of "depressions," "booms," and "recessions." - from the dj.

Browning to endpapers, penned name, else very good in torn, chipped (but now protected) unclipped dustjacket [jacket photo of a doryman by MacAskill]. 40.00

Title: The Lord Helps Those... How the People of Nova Scotia Are Solving Their Problems Through Co-operation. Third Printing in dustjacket

The Lord Helps Those... How the People of Nova Scotia Are Solving Their Problems Through Co-operation. Third Printing in dustjacket