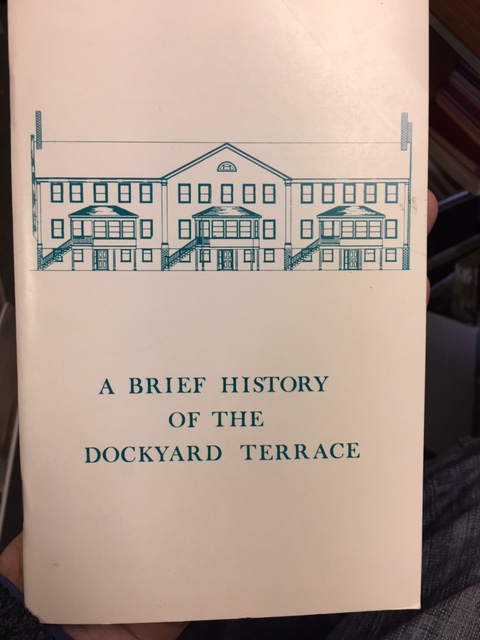 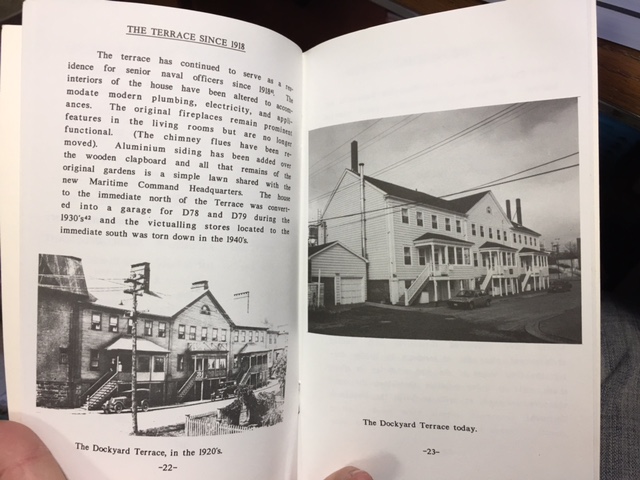 Includes a brief chapter relating to the Halifax Explosion (pp.16-19, including two photos : "Police Headquarters, located near the Terrace, after the explosion of 1917" and "The Victualling Stores").

Chapters:
The War of 1812;
Halifax During the War;
Construction of the Terrace;
The First One Hundred Years;
Growing Up in the Dockyard;
The Halifax Explosion;
Synopsis of Residents since 1970;
The Terrace since 1918;
The Architect [not known but possibly William F. Fenety];
Architectural Classification;
Structural Components;
Floor Plans;
Glossary.
Appendix A. Halifax Explosion Fatalities. Footnotes.
With 6 b&w photos, and L.B. Jenson sketch, and several architectural plans.