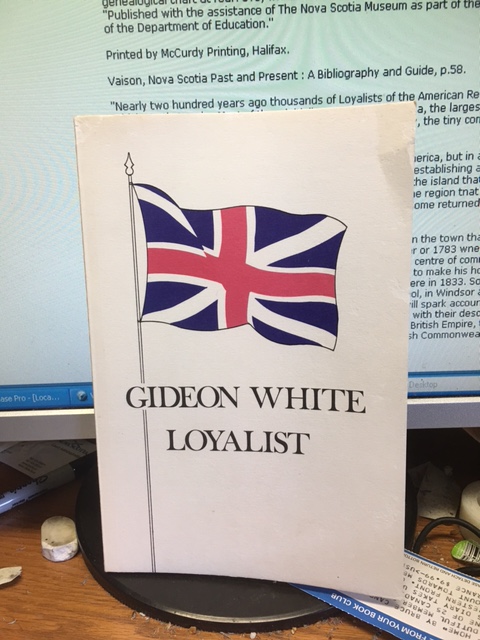 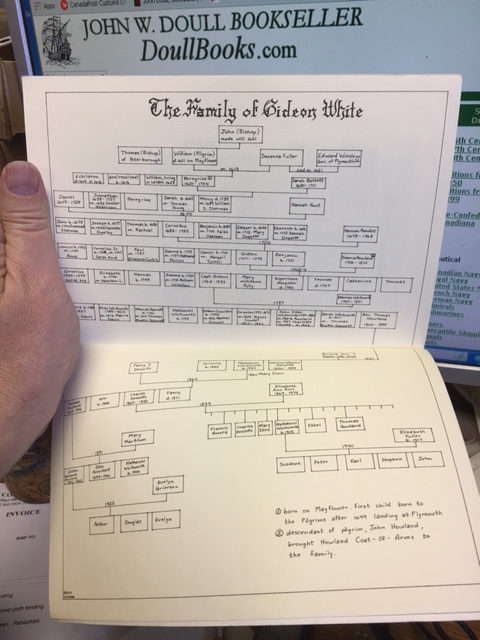 "Published with the assistance of The Nova Scotia Museum as part of the Cultural Services Program of the Department of Education."

Vaison, Nova Scotia Past and Present : A Bibliography and Guide, p.58.

"Nearly two hundred years ago thousands of Loyalists of the American Revolution migrated to British North America Most of them initially came to Nova Scotia, the largest single group leaving New York in ships that finally dropped anchor at Port Roseway, the tiny community lying on the magnificent waterway now known as Shelburne Harbour.

But some of the Loyalists who came to Port Roseway stayed in the town that was renamed Shelburne by Governor John Parr of Nova Scotia in the summer or 1783 when he made his first visit to the settlement that many thought would become a thriving centre of commerce and government. This is the story of one of these Loyalists. Gideon White came to make his home here in the spring of 1784 and made this place the centre of his life till he died here in 1833. Some of his descendants still live in our town. Others have made their homes in Liverpool, in Windsor and in Halifax, Nova Scotia. Some reside in the United States. Perhaps this story will spark accounts of other Loyalists of the American Revolution who stayed in our province and who, with their descendants helped build, within the frame-work of non-violence and membership in the British Empire, the democratic province of Nova Scotia, the Dominion of Canada and the British Commonwealth of Nations." - the preface.