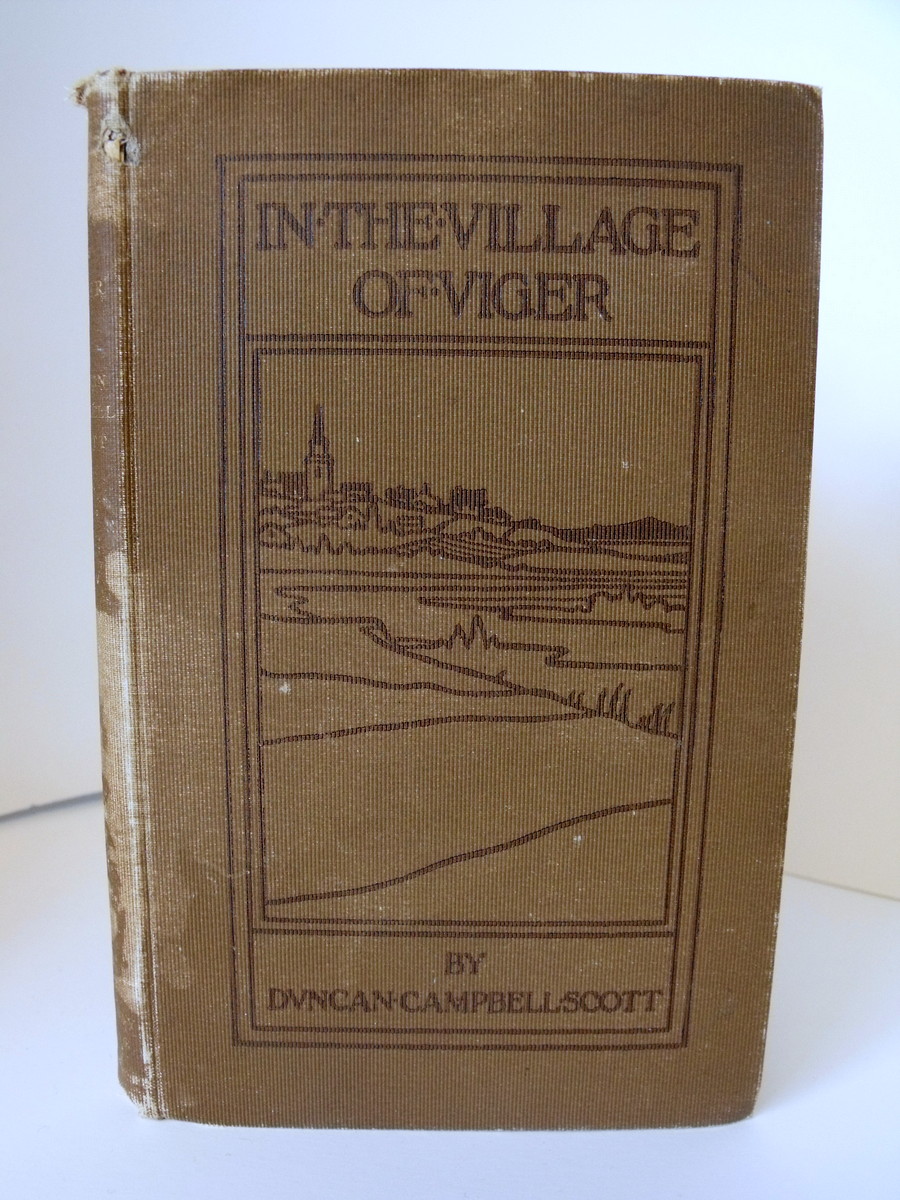 In the Village of Viger. First Edition. With a Charles G.D. Roberts inscription

Sir Charles George Douglas Roberts (1860-1943) was a Canadian poet and prose writer. Besides his own body of work, Roberts is known as the "Father of Canadian Poetry" because he served as an inspiration for other writers of his time. Roberts, his cousin Bliss Carman, Archibald Lampman and Duncan Campbell Scott were known as the "Confederation poets".

Roberts was born in Douglas, New Brunswick in 1860, and between the ages of 8 months and 14 years,was raised near the Tantramar Marshes at Sackville. In 1879, he earned a B A from the University of New Brunswick and, in the following year, published his first book of poems. From 1879 to 1895, Roberts worked as a teacher in Chatham and Fredericton, New Brunswick, as editor of the literary magazine, the Week, and as a professor at the University of King's College, located in Windsor, Nova Scotia. In 1893, he was elected a Fellow of the Royal Society of Canada. In 1897, he moved to New York City, where he turned to fiction, especially stories about animals. He also wrote descriptive text for guide books, such as Picturesque Canada and The Land of Evangeline and Gateways Thither for Nova Scotia's Dominion Atlantic Railway. In 1907, he moved to Paris, later moving to London. Roberts served with the British Army during World War I, then later joined the Canadian War Records Office in London. Charles G. D Roberts was elected to the United States National Institute of Arts and Letters in 1898. In 1925, Roberts returned to Canada, moving to Toronto and began writing poetry again. For his contributions to literature, he was awarded the Royal Society of Canada's first Lorne Pierce Medal in 1926 and was knighted (KCMG) in 1935.

Spine unevenly faded, spine and edges worn, rubbed, spotting to endpapers and smudge to a few leaves, else good only. A scarce edition. With a signed inscription from Charles G.D. Roberts (dated Dec. 1896). 400.00

Title: In the Village of Viger. First Edition. With a Charles G.D. Roberts inscription

In the Village of Viger. First Edition. With a Charles G.D. Roberts inscription