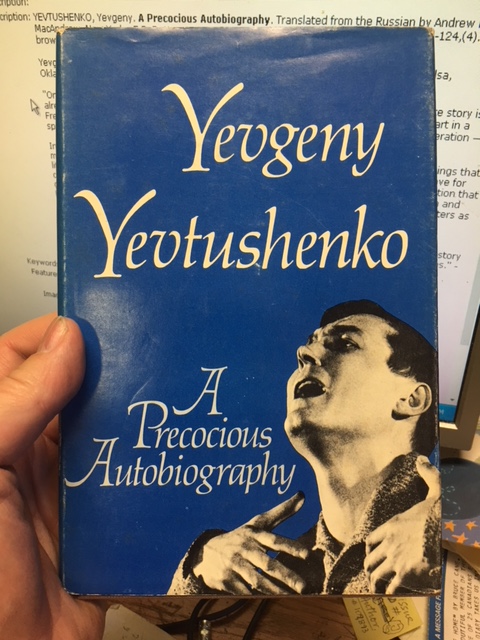 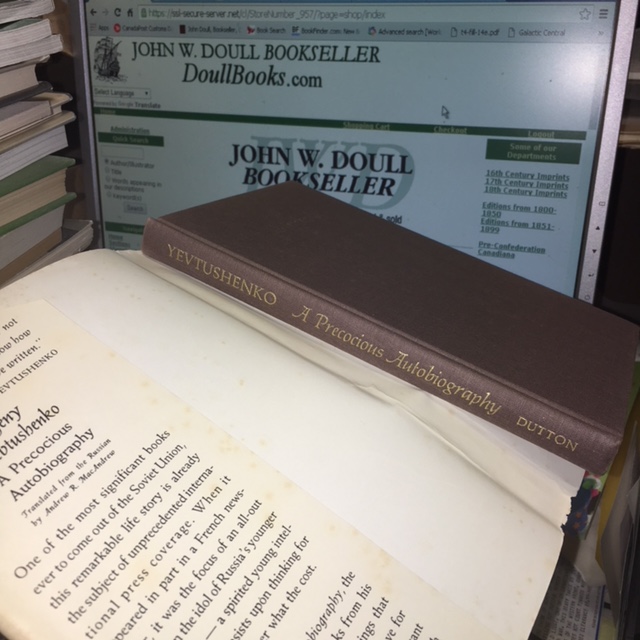 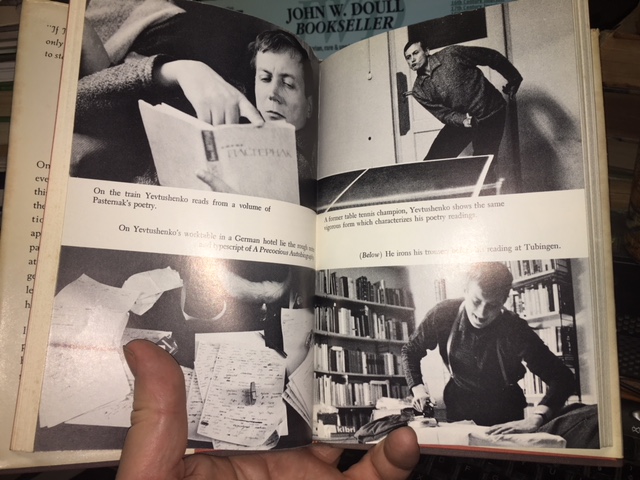 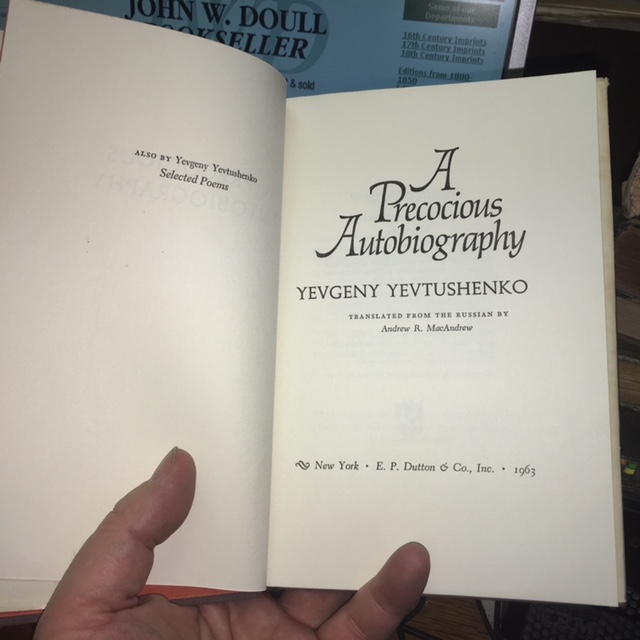 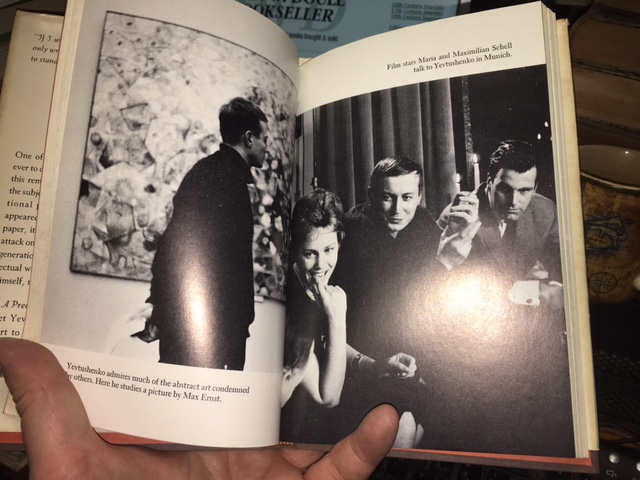 "One of the most significant books ever to come out of the Soviet Union, this remarkable lite story is already tne subject of unprecedented international press coverage. When it appeared in part in a French newspaper, it was the focus of an all-out attack on the idol of Russia's younger generation — a spirited young intellectual who insists upon thinking for himself, no matter what the cost.

In A Precocious Autobiography, the poet Yevtushenko speaks from his heart to tell of all the things that matter most to him — his love for the land, a heritage from his peasant mother; his love for love for literature, which he inherited from his scholarly father; his meeting with Pasternak; the revelation that came to him at Stalin's grave. He talks of the writers who followed the style of socialist realism and gives his own feelings on the subject, and he gives his views on the work of such Western writers as Hemingway, Salinger, Kerouac, Williams and Arthur Miller.

Covering the thirty years of Yevtushenko's life, A Precocious Autobiography reveals the same convictions, disillusionments, and dreams we saw in his Selected Poems. It is both a brilliant life story and a candid, outspoken tribute to a man's courage and determination to speak what he believes." - the jacket