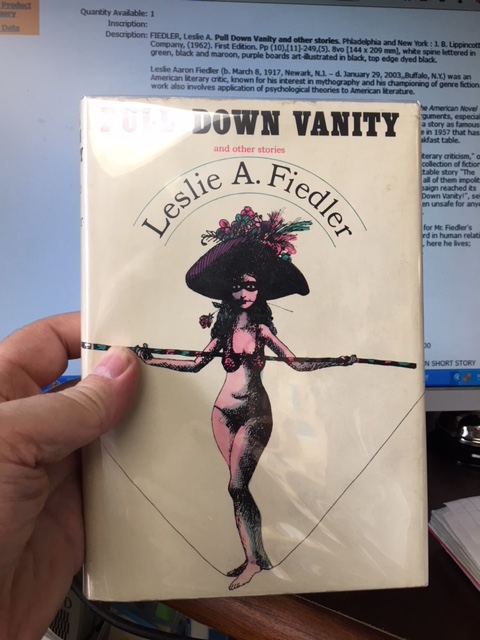 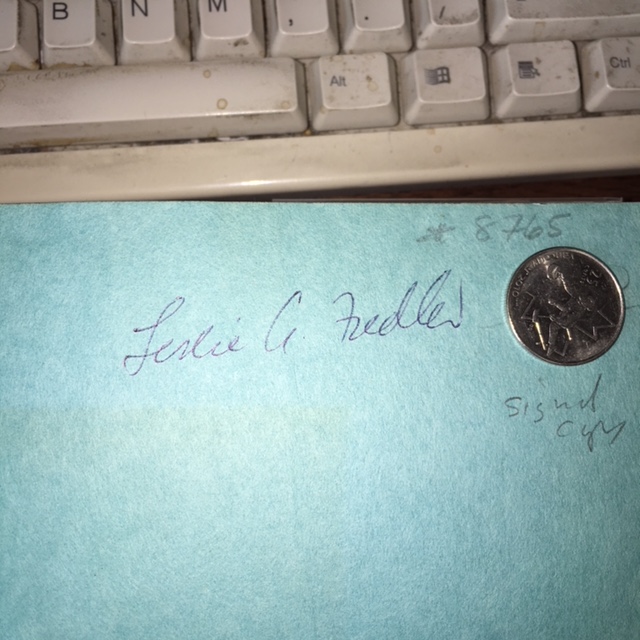 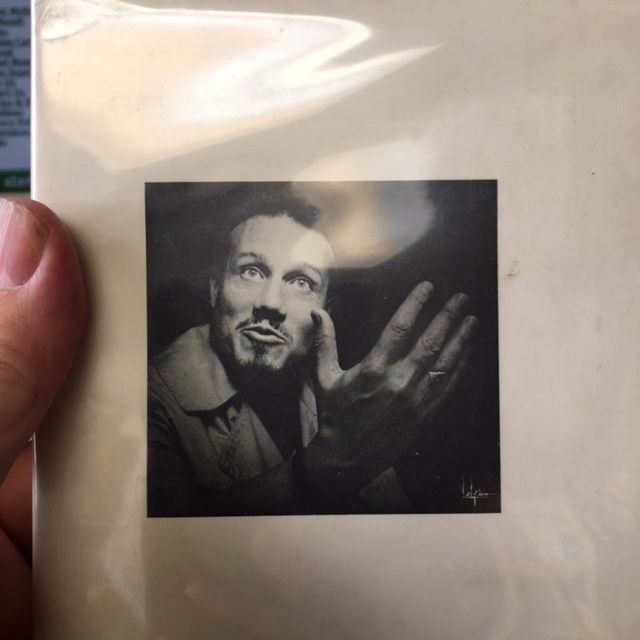 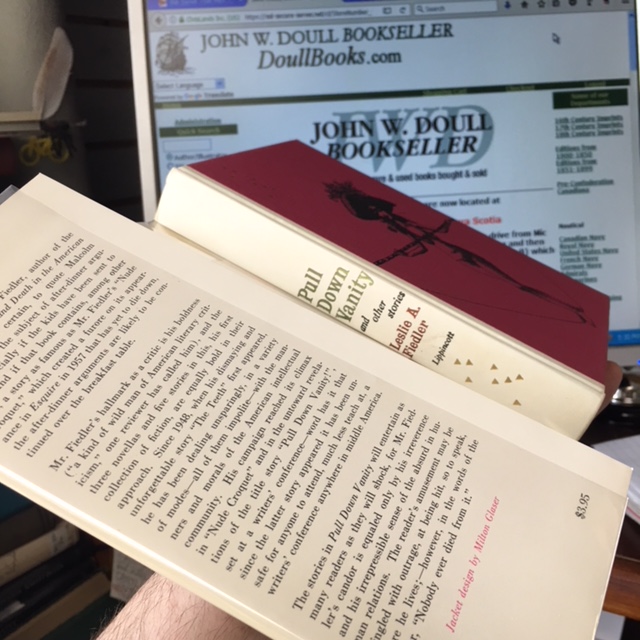 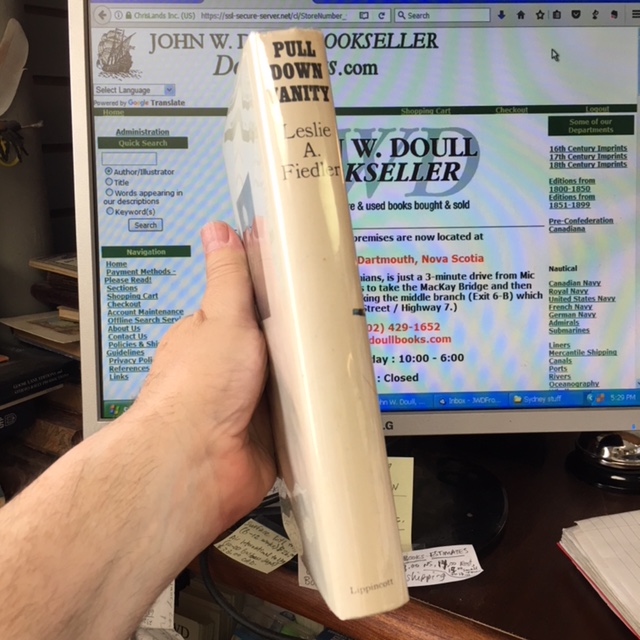 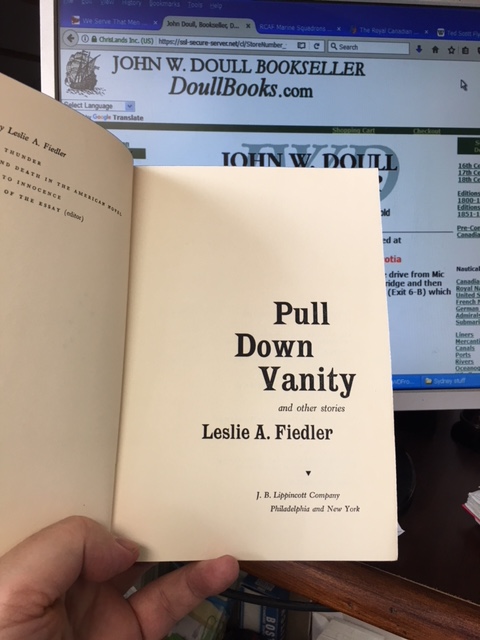 Pull Down Vanity and Other Stories. First Edition in dustjacket. Signed.

By: FIEDLER, Leslie A.

Leslie Aaron Fiedler (b. March 8, 1917, Newark, N.J. – d. January 29, 2003,,Buffalo, N.Y.) was an American literary critic, known for his interest in mythography and his championing of genre fiction. His work also involves application of psychological theories to American literature.

"A new book by Leslie Fiedler, author of the much-discussed Love and Death in the American Novel (1960), is certain, to quote Malcolm Cowley, "to be the subject of after-dinner arguments, especially if the kids have been sent to bed." And if that book contains, among other items, a story as famous as Mr. Fiedler's "Nude Croquet," which created a furore on its appearance in Esquire in 1957 that has yet to die down, the after-dinner arguments are likely to be continued over the breakfast table.

Mr. Fiedler's hallmark as a critic is his boldness ("a kind of wild man of American literary criticism," one reviewer has called him), and the three novellas and five stories in this, his first collection of fiction, are equally bold in their approach. Since 1948, when his dismaying and unforgettable story "The Teeth" first appeared, he has been dealing unsparingly, in a variety of modes — all of them impolite —-with the manners and morals of the American intellectual community. His campaign reached its climax in "Nude Croquet" and in the untoward revelations of the title story "Pull Down Vanity!", set at a writers' conference—word has it that since the latter story appeared it has been unsafe for anyone to attend, much less teach at, a writers' conference anywhere in middle America.

The stories in Pull Down Vanity will entertain as many readers as they will shock, for Mr. Fiedler's candor is equaled only by his irreverence and his irrepressible sense of the absurd in human relations. The reader's amusement may be mingled with outrage, at being hit, so to speak, here he lives;—however, in the words of the author, ""Nobody ever died from it." (from the dj).

Contents :
The Teeth;
The Fear of Innocence;
An Expense of Spirit;
Nobody Ever Died from It;
Pull Down Vanity;
The Stain;
Nude Croquet;
The Dancing of Reb Hershl with the Withered Hand.

Very good in unclipped dustjacket. Signed, without inscription, by the author. 85.00

Title: Pull Down Vanity and Other Stories. First Edition in dustjacket. Signed.

Pull Down Vanity and Other Stories. First Edition in dustjacket. Signed.