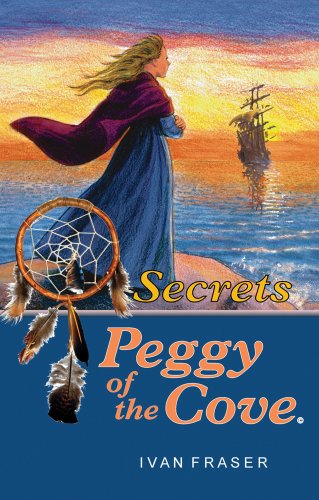 Ivan Fraser (b. 1945, Nova Scotia) was in Glen Margaret at the time of publication.

"From a time of adventure and a place of mystery comes the larger than life legend of the Nova Scotia heroine who arrives as the lone survivor of a shipwreck. Plucked from the sea and stricken by memory loss, the girl is taken in by her rescuers and given the name of Peggy. Against the dramatic setting of the famous seafaring village, Peggy finds a new life until it becomes clear to her she must reclaim her lost identity. As dark adversaries threaten to destroy her, Peggy is forced to make a choice that could cost her the only life she knows. In a breathtakingly dangerous adventure to Scotland, Peggy unravels clues to rediscover who she is and who she wants to be."