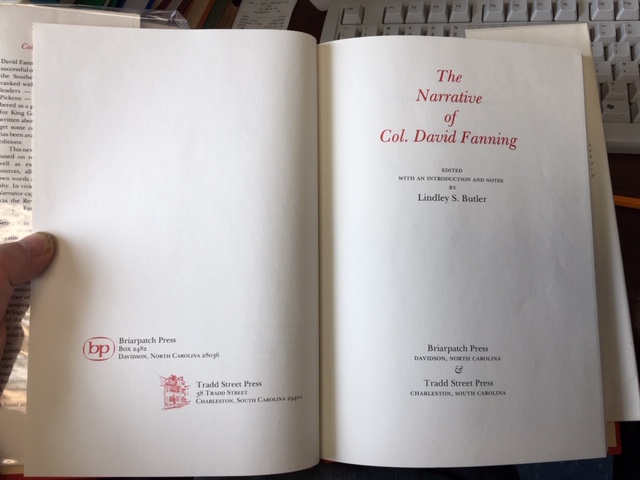 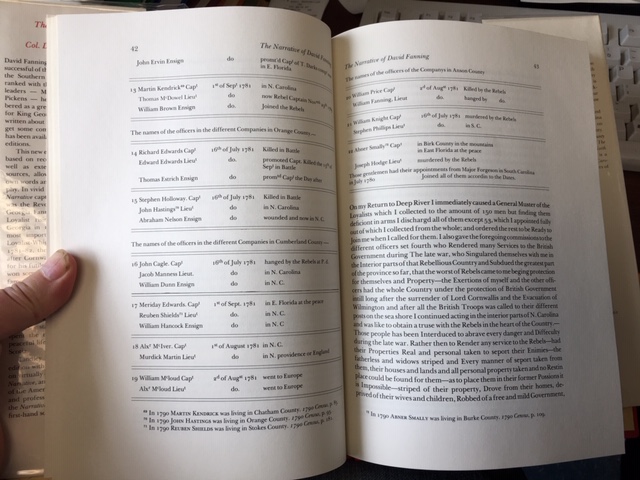 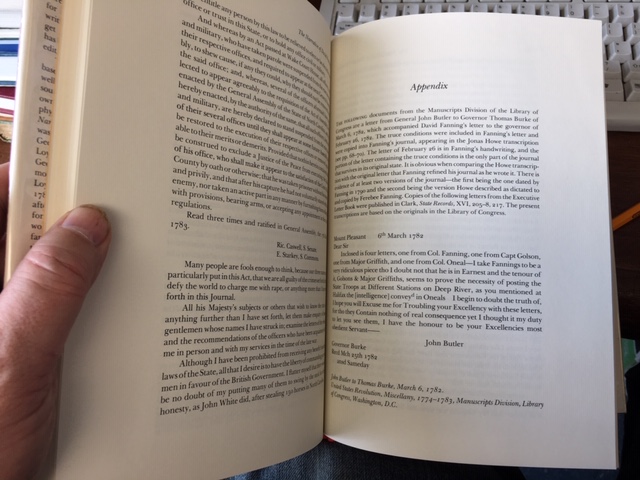 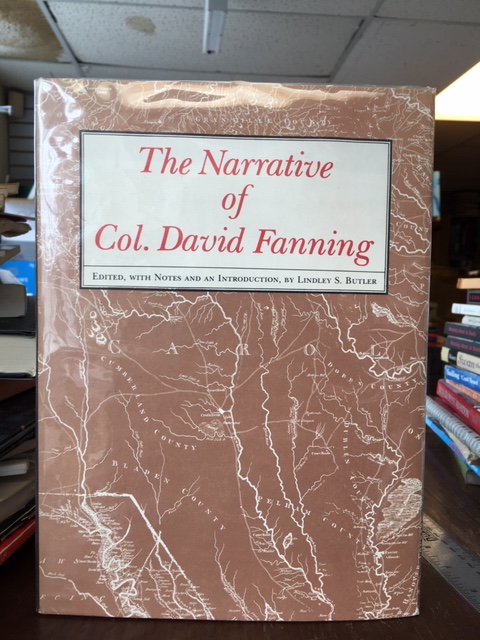 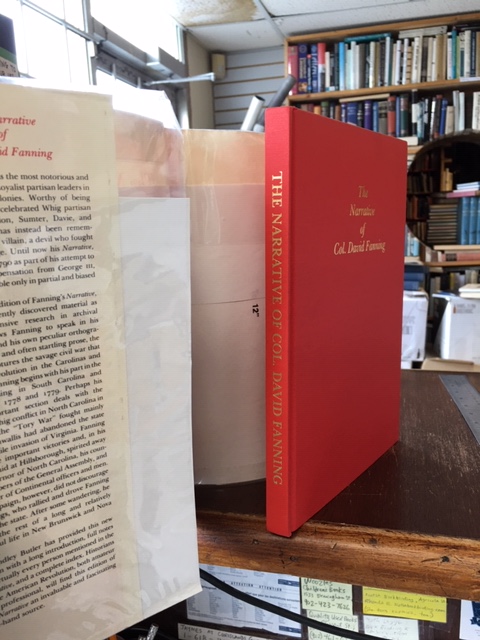 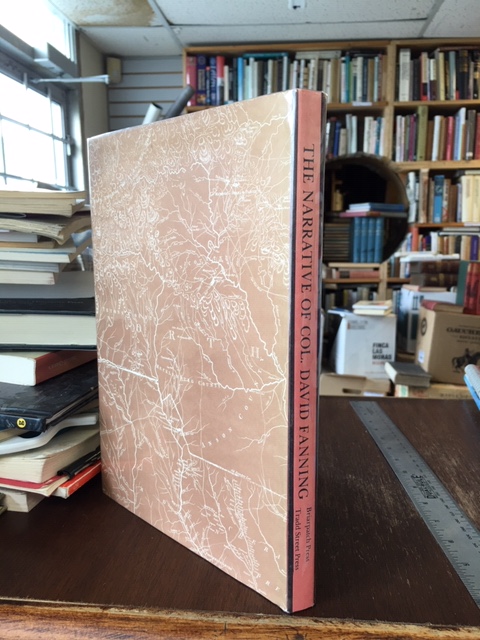 The Narrative of Col. David Fanning. Edited with an Introduction and Notes. First Edition in dustjacket

Perkins, Regiments : Regiments and Corps of the British Empire and Commonwealth 1758 – 1993 : A Critical Bibliography p.71.

“David Fanning was the most notorious and successful of the Loyalist partisan leaders in the Southern colonies. Worthy of being ranked with the celebrated Whig partisan leaders – Marion, Sumter, Davie, and Pickens – he has instead been remembered as a villain, a devil who fought for King George. Until now his Narrative,written about 1790 as part of his attempt to get some compensation from George III, has been available only in partial and biased editions.

This new edition of Fanning's Narrative , based on recently discovered material as well as extensive research in archival sources, allows Fanning to speak in his own words and his own peculiar orthography. In vivid and often startling prose, the Narrative captures the savage civil war that was the Revolution in the Carolinas and Georgia in 1778 and 1779. Perhaps his most important section deals with the Loyalist-Whig conflict in North Carolina in 1781-82, the “Tory War” fought mainly after Cornwallis had abandoned the state for his futile invasion of Virginia. Fanning won some important victories and , in his famous raid at Hillsborough, spirited away the Governor of North Carolina, his council, members of the General Assembly, and a number of Continental officers and men. His campaign, however, did not discourage the Whigs, who rallied and drove Fanning out of the state. After some wandering, he spent the rest of a long and relatively peaceful life in New Brunswick and Nova Scotia

Lindley Butler has provided this new edition witha long introduction, full notes on virtually every person mentioned in the Narrative, and a complete index. Historians of the American Revolution, both amateur and professional, will find this edition of the Narrative an invaluable and fascinating first-hand source.”

Preface.
Introduction.
The Narrative.
Appendix.
With bibliography and index.

Title: The Narrative of Col. David Fanning. Edited with an Introduction and Notes. First Edition in dustjacket

The Narrative of Col. David Fanning. Edited with an Introduction and Notes. First Edition in dustjacket