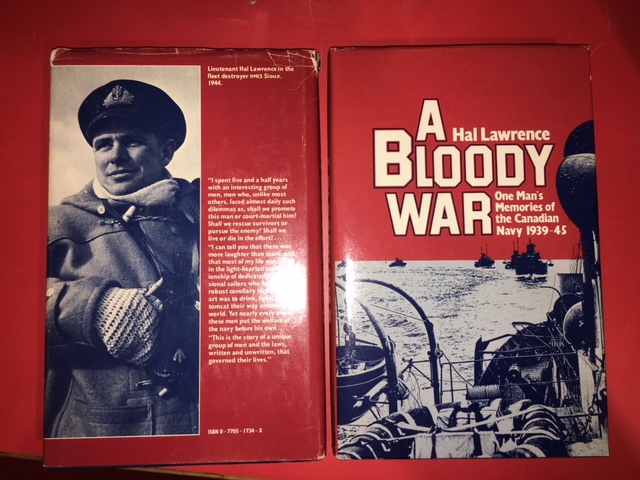 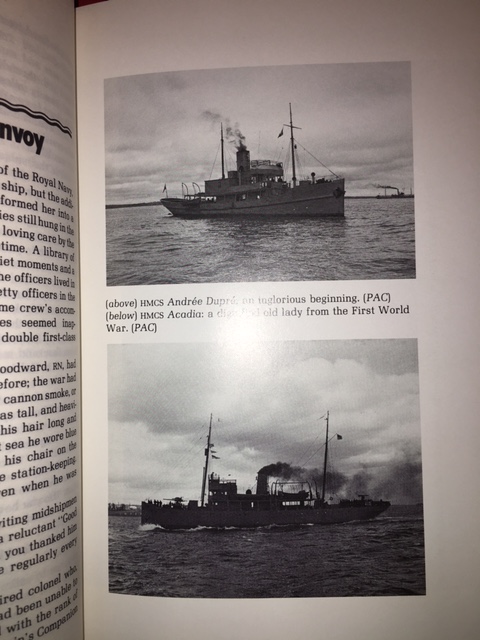 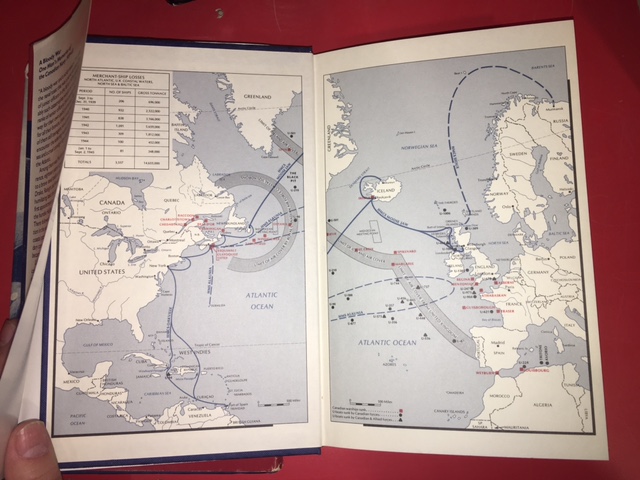 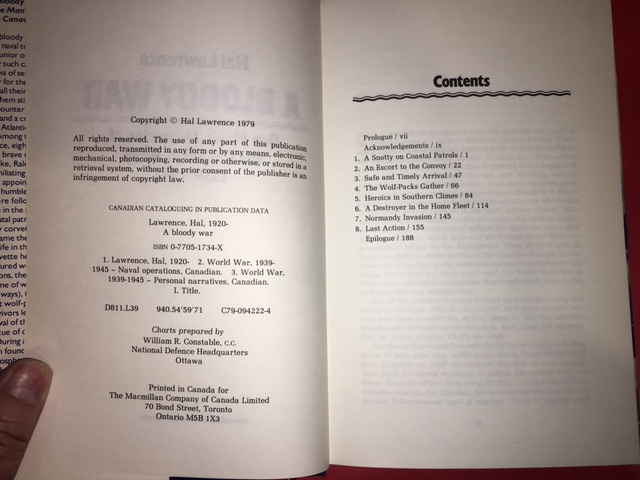 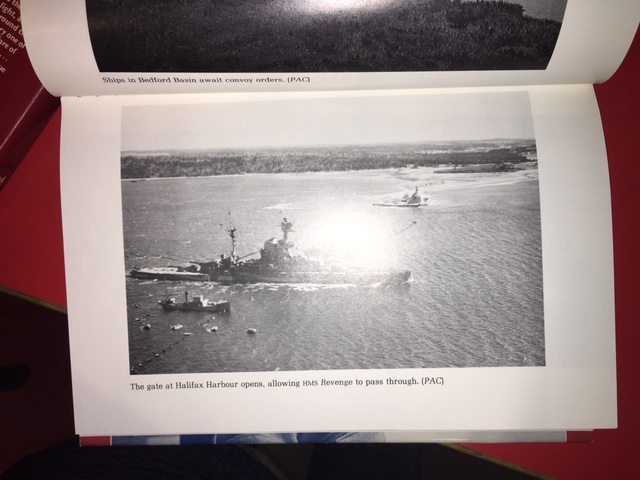 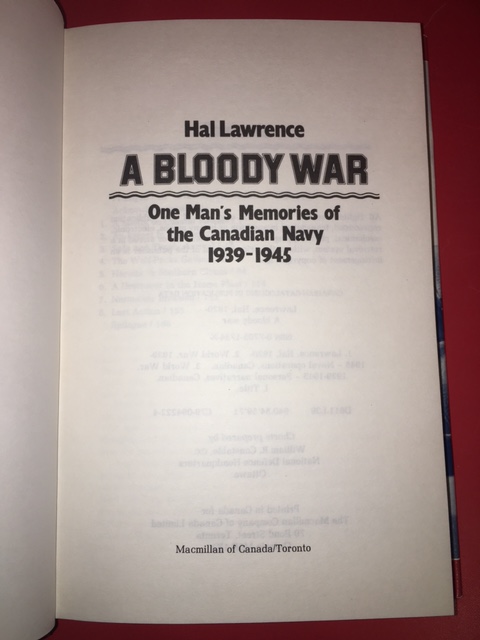 Bloody War : One Man's Memories of the Canadian Navy 1939-1945. First Edition in dustjacket

"A bloody war and a sickly season!' So rang the naval toast that was a particular favourite of junior officers in the fall of 1939; presumably such catastrophes would thin out the ranks of senior officers, thus opening the way for their own quick promotion. Yet for all their bravura, these young men, many of them still teenagers, would shortly encounter the sobering realities of war at sea and a cruel coming of age in the Battle of the Atlantic. Among them was midshipman Hal Lawrence, eighteen years of age and eager heir to a brave naval tradition that originated with Drake, Raleigh, and Hawkins. After weeks of humiliating basic training, he was given his first appointment to an examination vessel, the humble Halifax tugboat Andrée Dupré. There followed a thorough if severe education in the seaman's art, months in watchful coastal patrols, and years on board the legendary corvettes, escorts to the convoys that became the lifelines of a beleaguered Britain.

"Life in the cramped quarters ot a roiling corvette [HMCS Moose Jaw] held few comforts: its crew endured wretched weather and suspect rations, the idiosyncrasies of shipmates (some of whom went quietly mad in harmless ways), the merciless attacks of the U-boat wolf-packs, and the memory of pathetic survivors left in the water because the safe arrival of the convoy came before the rescue of comrades. During all too brief leaves ashore, the men found solace in the rarefied and formal atmosphere of Admiralty House in Halifax, or the international camaraderie of England's dockside pubs, or the dazzling sophistication of Manhattan's supper clubs. And there was comic relief in generous measure: doctoring the watch-keeping officers hot ki; scrambling with fellow officers for a single fresh egg; confronting the enemy face to face on the heaving deck of a surfaced U-boat clad only in a skimpy lifebelt; the sight of one's King engaged in a rowdy game of 'Horsy-Horsy.'

"Awarded the Distinguished Service Cross for his part in the sinking of a German submarine, and transformed by the PR men into a front-page hero at home, Lawrence at last joined the destroyer Sioux and with her sailed the long convoy runs to Russia, under the constant threat of Arctic storms and air or U-boat attack. On June 6, 1944, Sioux lay off Normandy, engaged in a direct bombardment of inland targets that heralded the assault on Fortress Europe.

"From a tug in Halifax Harbour to a destroyer in Norwegian fiords, from the balmy Caribbean to the frozen reaches of Murmansk, Hal Lawrence spins an engaging personal account of a young man growing up at sea. Witness to the drama of a deadly serious contest for supremacy in the Atlantic, he commemorates with genuine affection the dedicated men with whom he served and the fighting navy which shaped them." - from the dj.

Chapters:
1. A Snotty on Coastal Patrols;
2. An Escort to the Convoy;
3. Safe and Timely Arrival (pp.47-65);
4. The Wolf Packs Gather;
5. Heroics in Southern Climes;
6. A Destroyer in the Home Fleet;
7. Normandy Invasion;
8. Last Action.
With Prologue and Epilogue.

Bloody War : One Man's Memories of the Canadian Navy 1939-1945. First Edition in dustjacket