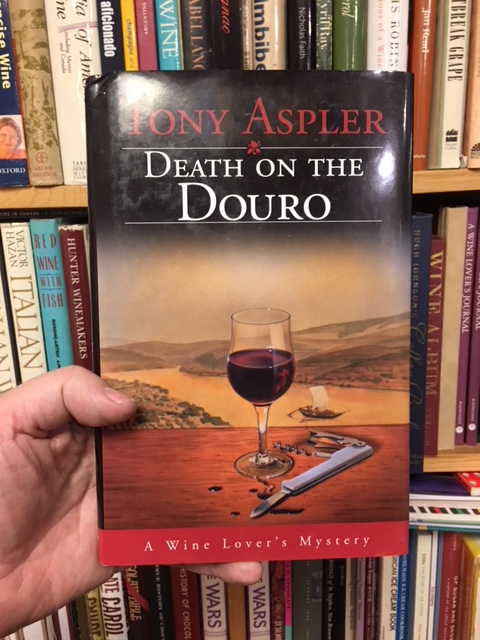 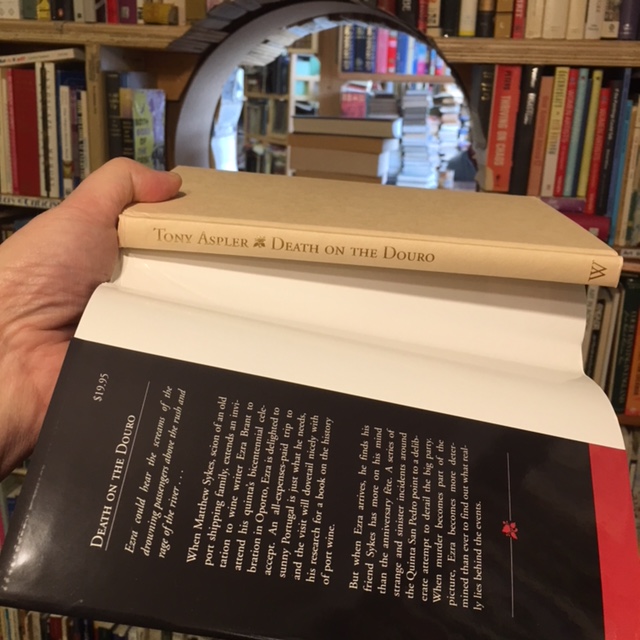 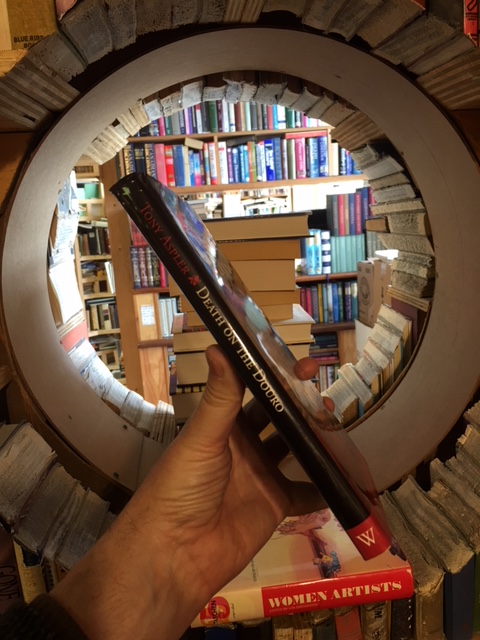 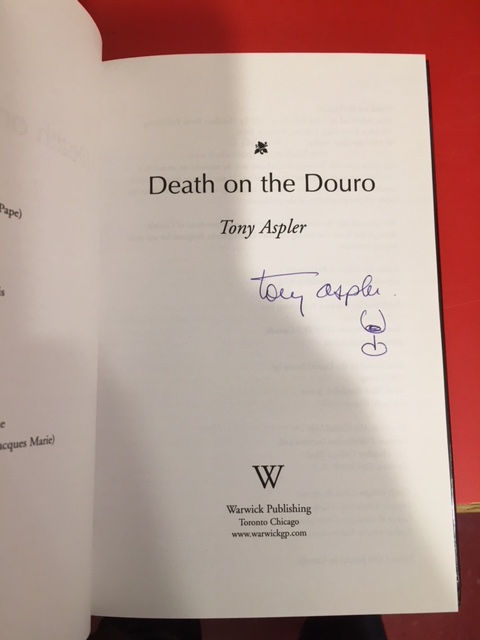 Death on the Douro. signed in dj.

A volume in the Wine Lover's Mystery Series, by the noted Canadian wine aficionado.

"When Matthew Sykes, scion of an old port shipping family, extends an invitation to wine writer Ezra Brant to attend his quinta's bicenntenial celebration in Oporto, Ezra is delighted to accept. An all-expenes-paid trip to sunny Portugal is just what he needs, and the visit will dovetail nicely with his research on the history of port wine.

But when Ezra arrives, he finds his friend Sykes has more on his mind than the anniversary fête. A series of strange and sinister incidents around the Quinta San Pedro point to a deliberate attempt to derail the big party. When murder becomes a part of the picture, Ezra becomes more determined than ever to find out what really lies behind the events."

Bump to head of spine, else very good in unclipped dustjacket. Signed, without inscription, by Aspler on the title page. 20.00

Title: Death on the Douro. signed in dj.

Death on the Douro. signed in dj.