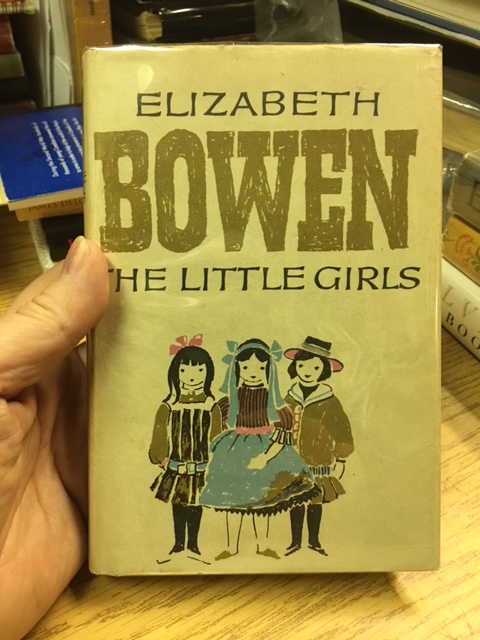 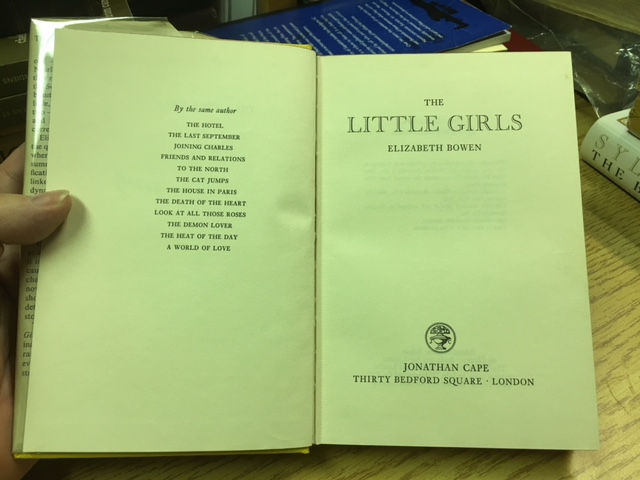 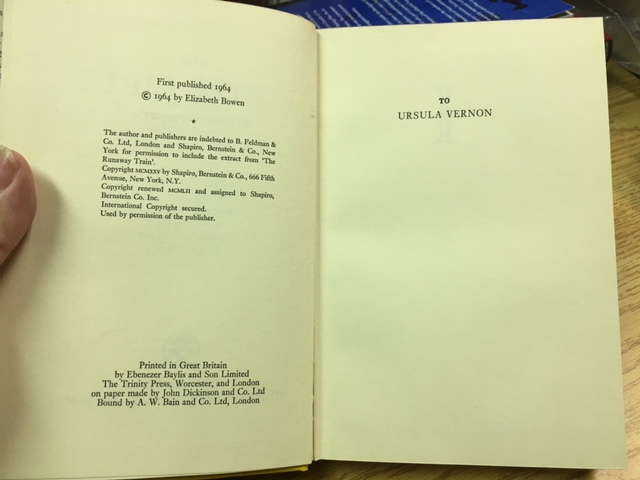 "In 1914 they had been eleven years old - Dicey, Mumbo and Sheikie. Nearly fifty years have gone by since they met at St Agatha's, a day school on the South Coast. One of them, Dicey, a beauty to whom time has so far done little, deliberately convenes the other two - Clare, a successful career woman, and Sheila, a glossy matron, cool and correct

Elizabeth Bowen's new novel poses the question: can friendship be taken up where it left off? For there is peril in summoning up the violence and mystifications of childhood. The three are linked by sharp sensory memories. The dynamic trio had been remorseless in scrutinizing one another; will they be less so now? Forces which has been latent in all three are brought uncomfortably near to the surface by this reunion.

Elizabeth Bowen offers her new novel as a comedy. It is not autobiographical, it is anti-nostalgic: it could be called a cautionary tale. With its wit and its characteristically brilliant texture, the novel is ingeniously constructed. It should be read with that attention to detail generally accorded to a detective story.

There is little explanation in The Litle Girls, but there are many clues. Even inanimate objects can be important, and random sayings or seemingly trivial events may acquire, retrospectively, a strange significance." (from the dj).