Tell it To the Trees. proof.

BADAMI, Anita Rau. Tell it To the Trees . Uncorrected Proof. (Toronto): Alfred A. Knopf Canada, 2011. Pp. (10),5-255,(11). 8vo, printed yellow card covers with black spine. An advance uncorrected proof copy of the Montreal-residing author's forthcoming fourth novel, about life for in an Indian household in a small Canadian town. Badami was longlisted for the IMPAC International Dublin Literary Award for both of her previous two works. To be published in September, 2011. Very good. 20.00
View More... 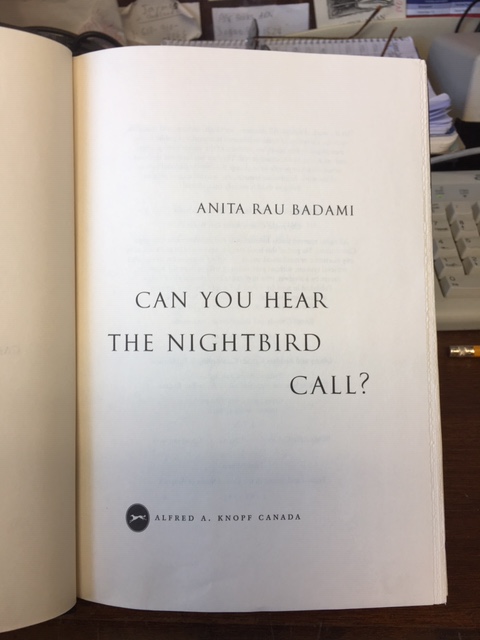 Anita Rau Badami (b. September 24, 1961, Rourkela, Odisha, India) emigrated to Canada in 1991. She was educated at the University of Madras and Sophia Polytechnic in Bombay, and the University of Calgary. Ms. Badama was selected as Jury Chair for the 2017 Scotiabank Giller Prize, and received the Marian Engel Award for a female writer in mid-career.