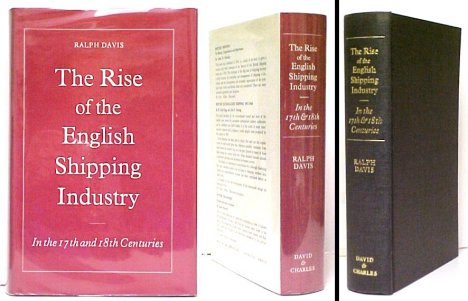 Rise of the English Shipping Industry in the Seventeenth and Eighteenth Centuries. 2nd printing in dustjacket

Ralph Davis (b. April 30, 1915 - d. September 30, 1978), economic historian at University of Hull and University of Leicester and a Trustee of the National Maritime Museum.

"It fills a gap in the economic history of early modern England by explaining the role of one of its most important and fast-growing industries, and pr...
View More...

Essays in the Economic and Social History of Tudor and Stuart England, in Honour of R. H. Tawney.