The title notwithstanding, this is a book of verse.

"The Desolate Homestead",
"The Legend of the Bell",
"The Creation of River Remsheg",
"Paid i...
View More...

Along Our Shore : A Booklet of Seacoast Rhymes.. First Edition 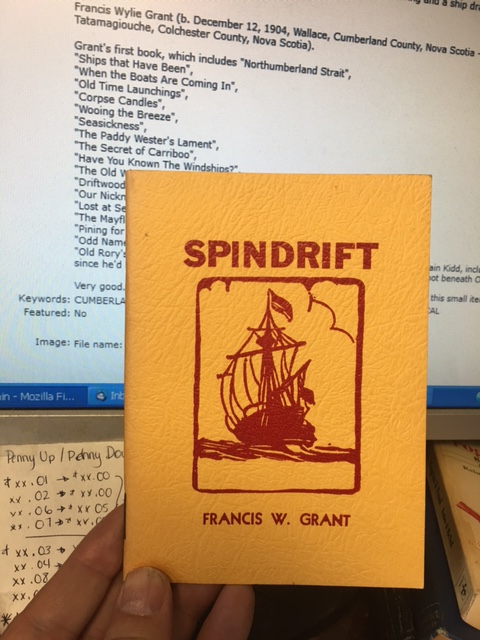 Grant's first book, which includes "Northumberland Strait",
"Ships that Have Been",
"When the Boats Are Coming In",
"Old Time Launchings",
"Corpse Can...
View More...