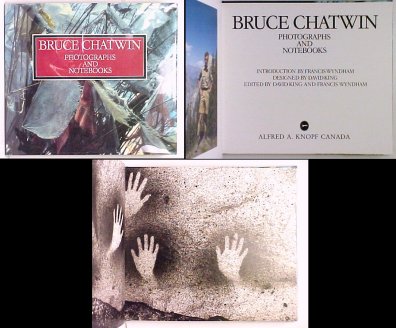 "One hundred stunning photographs taken by the late novelist and travel writer complement his journals of the time that he spent in West Africa, Patagonia, Afghanistan, Java, Turkey, and other places."

Literatures of the World in English. 1st UK in dj