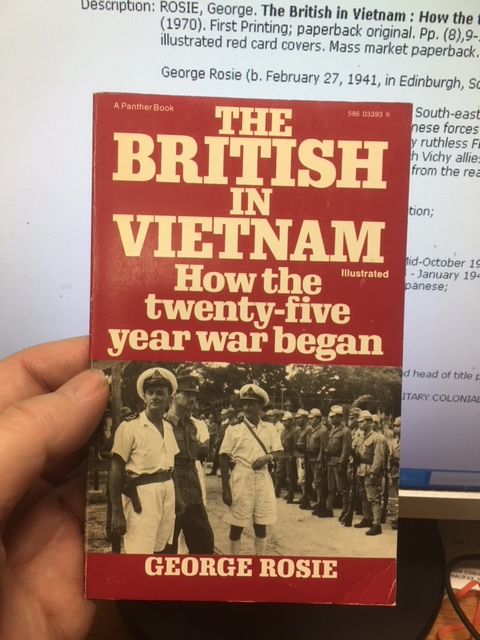 The British in Vietnam : How the Twenty-five Year War Began. First Edition

"Following the collapse of the Japanese in South-east Asia in 1945, British troops occupied south Vietnam. Their mission: to disarm the Japanese forces there, arrange for their repatriation -- and establish order in a country ravaged first by ruthless French colo...
View More...