Mothers and Other Strangers. 1st in dj. signed

How to Identify Aircraft. 2d ed.

WILSON, George E. Wider Horizons. Offprint from The Canadian Historical Association, 1951. Pp 1-11,(1). 8vo, stapled self-wraps. George E. Wilson was at Dalhousie University and was President of the Canadian Historical Association. This was his Presidential Address to the Association. Short tear to top edge, else vg. Inscribed by the author to Herbert Leslie Stewart, Professor of Philosophy at Dalhousie University - "With sffection from G.E.N. to H.L.S." 25.00 View more info

By: WILSON, Ian and Sally

WILSON, Professor John. Noctes Ambrosianæ. Edinburgh and London: William Blackwood and Sons, 1868. A New Edition in Four Volumes. Pp. 384; 428; 382; 368. Port. frontis with tissue guard. 8vo, blue green cloth with in blind decoration and borders to front and rear boards, gilt lettering to spine. Essays, presented in a conversational style, which were originally contributed to Blackwood's magazine between 1822 and 1835. Hinges cracked or starting on all volumes, with the rear cover of Vol. II detached from the spine, corners lightly bumped with some fraying beginning to several, else vg. for t... View more info

View From the Grandstand, A. signed

WILSON, John Cooper. A View From the Grandstand. Hantsport : Lancelot Press, 1988. Pp (4),5-245,(1). Illustrated. 8vo, trade paperback. With much on Wilson's 21 years in the Canadian Army as well as on being Nova Scotia's representative in New England. With author's inscription. Vg. 8.50 View more info 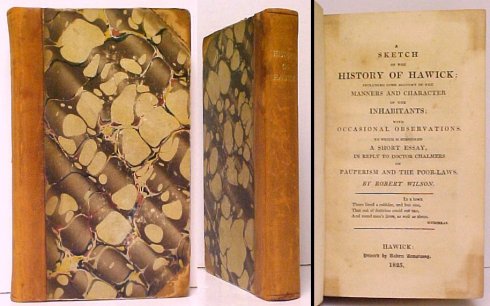 A Sketch of the History of Hawick

WILSON, Robert. A Sketch of the History of Hawick : including some account of the Manners and Characters of the Inhabitants; with Occasional Observations. To which is subjoined a Short Essay, in reply to Doctor Chalmers on Pauperism and the Poor-Laws. Hawick: printed by Robert Armstrong, 1825. Pp. 355. Small 8vo, rebound in tan half calf, brown marbled paper covered boards, gilt lettering to spine. A general history of the Scottish Borders town with some emphasis on goverment and the church. The bookplate affixed to the front paste-down is that of Scottish author, Sir George Dou... View more info 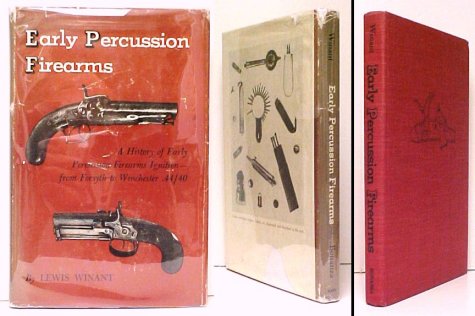 Turn It Around! signed.