Historic and Scientific Displays in Naval Ships and Stations 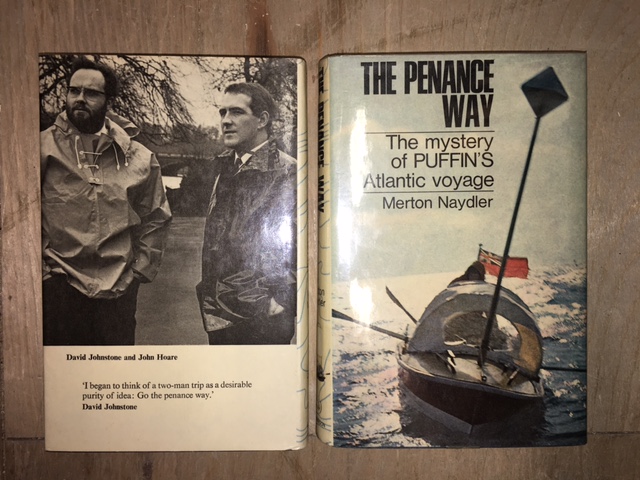 The Penance Way : The Mystery of Puffin's Atlantic voyage. First Edition in dustjacket

"The mystery of the disappearance of the tiny, fifteen-foot Puffin, crewed by David Johnstone and John Hoare in their attempt to row the Atlantic, captured the world's headlines in October 1966 and there has since been much speculation about the reason...
View More...

Voyage of the Vega Round Asia and Europe.

Journey to the Source of the Nile. in dj.

ONDAATJE, Christopher. Journey to the Source of the Nile. [dj adds ... Special introduction by Lord Selborne, President, Royal Geographical Society]. (T.): HarperCollins, (1998). First Edition. Pp 384, including map frontis. Illustrated with numerous maps and colour photos to text. Large 8vo, brown paper covered boards. Christopher Ondaatje, long fascinated by the Victorian travellers who attempted to find the source of the Nile, traveled the long river in 1996 to retrace the paths of these earlier explorers. "Ondaatje offers new insights into the amazing lives and characters of the explor...
View More...

From Cape to Cape : The History of Lyle Shipping Company. in dj.

Exploring England by Canal. in dj.

OWEN, David. Exploring England by Canal. Newton Abbot: David & Charles, (1986). Pp 208. 16 pages of plates. 8vo, green cloth. Toy 3181. "After a look at the fascinating history of the canals, and the great engineering features, Dr Owen moves on to the practicalities of cruising, offering a host of helpful tips on operating locks, negotiating tunnels, the rules of the road,mooring and the respective merits of hiring or buying boats." -from the dj . With itineraries and cruising routes. Vg in rubbed dj. 30.00
View More...

Mountbatten and the Men of the Kelly. in dj

PATTINSON, William. Mountbatten and the Men of the "Kelly". Foreword by H.R.H. The Prince of Wales; preface by Philip Ziegler. Wellingborough: PatrickStephens, (1986). Pp 216. Illustrated with numerous photos and facsimiles to text. 4to, black cloth. For the first two years of the World War II Captain Louis Mountbatten commanded the destroyer HMS Kelly. Although the ship was sunk during the Battle of Crete Mountbatten maintained a close association with the surviving crew members through the Kelly Reunion Association in which he served as President until his death. "This is the sto...
View More...

John Tregenoweth : His Mark; Rob Rat : A Story of Barge Life; The Old Miller and His Mill

Turning the Tide: A New Policy for Canada's Pacific Fisheries

Peary and His Promised Land

All About Houseboats: Your Complete Guide to the Fabulous World of Inland and Coastal Cruising

PHILLIPS, Norman. All About Houseboats: Your Complete Guide to the FabulousWorld of Inland and Coastal Cruising - The Evaluation, Selection, Purchase and Safe Use of Today's Houseboats; with a design guide to Houseboats: pho tos, plans and diagrams of dozens of the most popular models and sizes. NewYork: Motor Boating & Sailing Books, (1972). Pp 128. Illustrated. 4to, ill ustrated cardcovers. Toy 3929, Morris & Howland p.109. Vg. 10.00
View More...

PILKINGTON, Roger. Boats Overland. Illustrated by David Knight. (L.): Abelard-Schuman, (1962). Pp. 61, including frontis. Illustrated with pictorial endpapers, and drawings to text. 8vo, green cloth. Boats Overland is the history of where, how and why sea-to-sea canals have been built, and how they are maintained and used. Further information and decoration are added by David Knight's delightful drawings." -from the dust jacket. Light wear to extremities, bookplate, ow vg in lightly chipped and price-clipped dj. 20.00
View More...

Pilot Rules for Certain Inland Waters of the Atlantic and Pacific Coasts and of the Coast of the Gulf of Mexico. revised ed.

By: Pilot] Department of Commerce Form 804)