Flags of the World : Past and Present: Their Story, and Associations. ex-lib.

By: GRAM, Per BONNICK, Stanley

GREENE, Graham. In Search of a Character : Two African Journals . New York:The Viking Press, (1962). Pp. [i]-xv,(1),[1]-93,(3). Decorated endpapers. 8vo, green cloth spine with swirl-patterned paper covered boards, gilt lettering to spine. "This is one of 600 advance copies of In Search of a Character, specially designed for friends of the author and the publishers, Christmas 1961." - from p.[i]. A selection of two of Greene's travel journals, containing experiences which played major roles in providing inspiration to two of his more popular novels. The first account, and serving as th... View more info 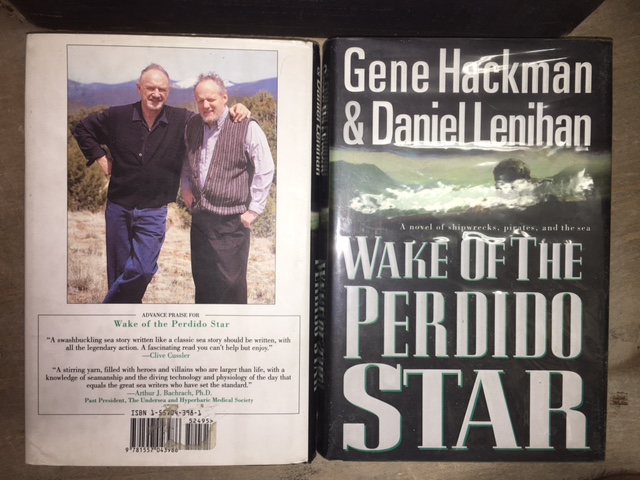 Wake of the Perdido Star. First Edition in dustjacket 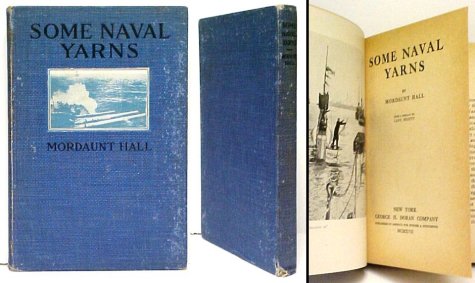 Some Naval Yarns. no dj.

HANSEN, Hans Jürgen. The Ships of the German Fleets 1848-1945. L: Hamlyn, (1974). First UK Edition. Pp 190. 4to, green cloth. "This richly illustratedwork is a comprehensive survey of the most important German warships from the earliest times to the end of the Second World War. It contains outstanding reproductions of paintings, watercolours and drawings by famous ship painters, as well as engravings, lithographs and many contemporary photographs." -from the dj. Rubbing and sunning to top and bottom edges, else vg inrubbed, torn, price-clipped dj. 60.00 View more info

Technology and Strategy: A Study in the Professional Thought of the U.S. Navy.

No Ship May Sail. 2nd printing

HAZELL, Martin. Sailing Barges. (Aylesbury, Bucks): Shire Publications Ltd., (1986). Reprint. Pp 251. Illustrated with photos, maps, and diagrams to text. 8vo, illustrated card covers. Shire Album 13. "This book is intended as a general introduction to sailing barges - it tells a little of their history, shows the main parts of the modern sailing barge and summarises the activities of the barges and those who sail them today. The southeast coast of England is the barge coast and mention is made of the barge centres and races. A number of quite rare historical pictures are included." -f... View more info

Face of the Deep. no dj

Palms and Planes in the New Hebrides

Sailing with Esau. in dj

Before the Tide Turned. 1st UK in dj.

HODGKINSON, Hugh, Lieutenant Commander. Before the Tide Turned : The Mediterranean Experiences of a British Destroyer Officer in 1941. With illustrations by Lieutenant-Commander Peter Thornhill. L: George G. Harrap, ([October]1944). First Printing. Pp 242. 8vo, blue cloth. Law 0308. This is on slightly thinner paper than the second printing. The story of a "lean and difficult" year in the battle for mastery of the Mediterranean, written by an invalided officer of HMS Hotspur. Vg in chipped and torn dj. 85.00 View more info

Epitaph to the Lady : 30 Years After

Last Sailors : The Final Days of Working Sail. in dj.

Last Sailors : The Final Days of Working Sail. 1st US in dj.

HOLLANDER, Neil and Harold MERTES. The Last Sailors : The Final Days of Working Sail . NY: St. Martin's Press, (1984). First US Printing. Pp. [i]-xiv,(2),1-142,(2), + 16 p. of colour plates. Illustrated. Large 8vo, black cloth spine with grey paper covered boards, metallic lettering to spine. "During a two-year voyage on board a ten-meter-long sailboat, traveling roughly 25,000 miles through the Atlantic, Pacific, and Indian oceans, [the authors]encountered a vanishing breed of sailors and craft. These men, who harness the wind and sea to gain their livelihood, are on the verge of extincti... View more info