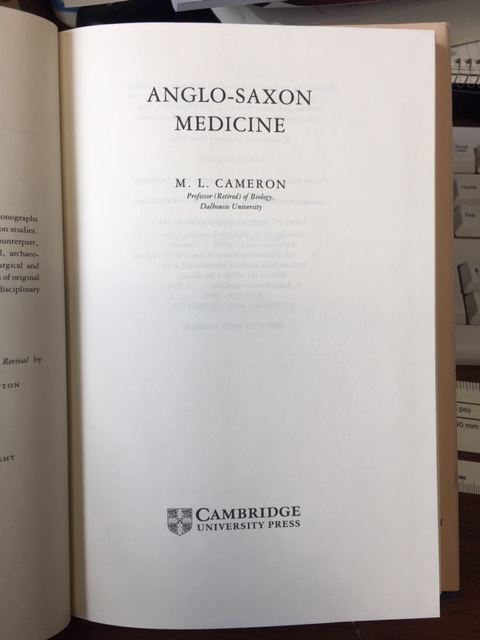 Number 7 in the Cambridge Studies in Anglo-Saxon England series.

Malcolm Laurence Cameron (b. October 23, 1918, Orangedale, Inverness County, Nova Scotia - d. August 10, 2011, Halifax) was retired from being a Professor of Biology at Dalhousie Unversity at the time of publication. He and his wife Anne were regular and wonderful cust...
View More...