Glimpses of the Past , or, The Musuem

ELIZABETH, Charlotte. Glimpses of the Past , or, The Musuem. Albany, NY: Eraster H. Pease and Co., 1848. Pp. [2],(1)-228,[2]. 12mo, pressed brown cloth with gilt lettering and decorations to spine. A collection of religious Victorian juvenile fiction. “Charlotte Elizabeth Tonna (October 1, 1790 – July 12, 1846) was an English evangelical Protestant writer and novelist who wrote as Charlotte Elizabeth. She was the daughter of Michael Browne, rector of St. Giles's Church and minor canon of Norwich Cathedral, where she wasborn on 1 Oct. 1790. She married in early life a Captain Phelan of the ...
View More...

If I Were the Moon. First Printing

Flower of the Fortress. First Edition

Zillah Katherine MacDonald (b. January 15, 1885, Halifax, Nova Scotia - d. December 15, 1979, Wolfville, Nova Scotia) is noted for children's books, including Mystery Of The Piper's Ghost, along with a series of career romances.

She attended the Halifax Country Academy and then Dalhousie...
View More...

MacLEAN, Jill. Home Truths. (Toronto) : Dancing Cat Books, (2010). First Edition. Pp (6),[1]-282. 8vo, illustrated red card covers. Jill MacLean (b. 1941, England). A juvenile novel about child abuse, by Bedford, Nova Scotia writer Jill MacLean. “Brick MacAvoy has got it all figured out. He's going to find work. He's going to save money to add to his stash. And then in exactly seventeen months, the second he turns sixteen, he's out of there. There's nobody to stay for, is there? When Brick looks at his mother, he sees aself-absorbed flake who expects Brick to babysit his four-year-old sister...
View More...

MEINDL, E. Christopher. N.pl.: n.pub., (2002). First Edition. Pp [1]-336. Illustrated. 8 vo, orange card covers, French flaps. “Life in the early 1800s was hard especially for children. Christopher is a six year old who already needs to make a career choice – a life in the dark wet coal-mine or breathing fresh air above ground. His loving grandfather relunctantly encourages him to run away to find a better life. On his journey, he meets many people – most good, some bad. He also discovers that magic and guardian angelsdo exist in the world. Follo Christopher as he has many adventures bo...
View More... 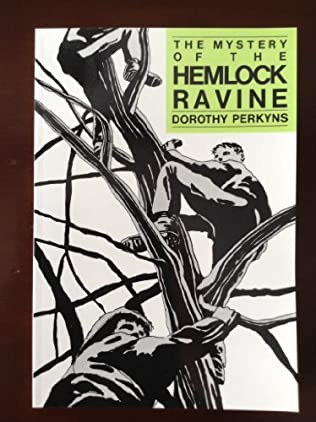 The Mystery of the Hemlock Ravine. Fourth Printing, Signed

The first novel in the David, Mary and Stephen series. It is arranged in 15 chapters.

"David has always thought of the hemlock ravine as his own special, secret place, but when Mary and Stephen...
View More...

Bonnie Prince Fetlar: The Story of a Pony and His Friends. Cdn ed

SAUNDERS, Marshall. Bonnie Prince Fetlar : The Story of a Pony and His Friends. Toronto : McClelland and Stewart Publishers, (1920). First Canadian Edition. Bound from the George H. Doran sheets. Pp [i]-vi,(2),9-352. 8vo, tancloth with photographic onlay to front board, maroon lettering to front bo ard and spine. Spadoni & Donnelly 570. Margaret Marshall Saunders (1861-1947) was a Canadian author, born in the village of Milton, Queens County, Nova Scotia. She spent most of her childhood in Berwick, Nova Scotia where herfather served as Baptist minister.. Saunders is most famous for her novel B...
View More...

Bonnie Prince Fetlar: The Story of a Pony and His Friends. US ed

SAUNDERS, Marshall. Bonnie Prince Fetlar : The Story of a Pony and His Friends. New York : George H. Doran Company, (1920). Pp [1]-352. 8vo, tan clothwith photographic onlay to front board, maroon lettering to front board an d spine. Margaret Marshall Saunders (1861-1947) was a Canadian author, bornin the village of Milton, Queens County, Nova Scotia. She spent most of he r childhood in Berwick, Nova Scotia where her father served as Baptist minister.. Saunders is most famous for her novel Beautiful Joe. It is a story narrated by a dog who has had a difficult puppyhood with many obstacles incl...
View More... 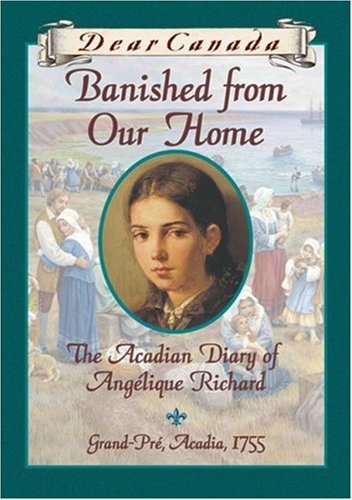 Banished from Our Home : The Acadian Diary of Angélique Richard. First Edition

In the Dear Canada series.

A juvenile fiction narrative of the Acadian expulsion in 1755 as told through a young girl's diary.

WILSON, Budge. A House Far From Home. (Richmond Hill, Ont.) Scholastic - TAB Publications Ltd., (1992). Fourth Printing. Pp(6),1-130. 8vo, card covers. Cover art by Ric Riordon. A children's story set 'Blue Harbour,' Nova Scotia and Peterborough, Ontario. "'Move?' Lorinda almost yelled the word. 'Where are we going? Australia? Egypt? Disneyland?' Only a week had passed since The Worst Christmas Prsent Ever, and already lorinda and james have a new problem. They have to stay in Peterborough for six months while the rest of the family goes to Texas. And what's worse, they'll be living with A...
View More...

WILSON, Budge. The Leaving : Stories. (Toronto): Anansi, (1990). Pp (8),1-161,(3). 8vo, green cloth. "This remarkable collection of short stories by Nova Scotia writer Budge Wilson is full of wry insight and rich emotion and focuses on issues of growing up female and taking leave of the secure absolutes of childhood."- from the dust-jacket. Includes the following stories: "The Metaphor", "The Diary", "Mr Manuel Jenkins", "Lysandra's Poem", "My Mother and Father", "The Leaving", "My Cousin Clarette", "The Reunion", 'Waiting...
View More...