"The Paradox of Bluenose II : Antimodernism, Capitalism and the Legacy of the Schooner Bluenose in Nova Scotia. 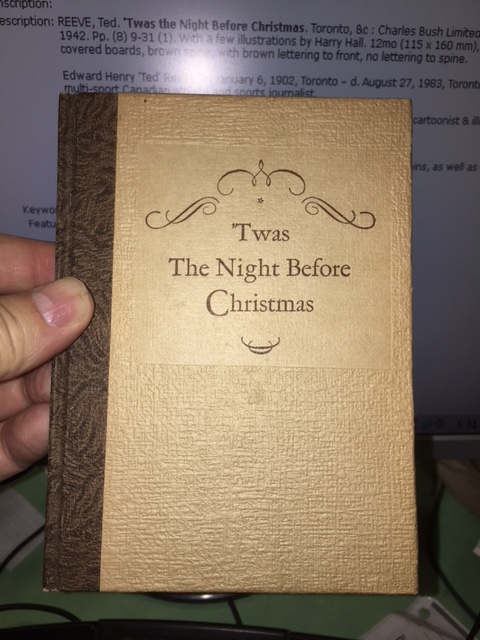 'Twas the Night before Christmas

REANEY, James. 14 Barrels from Sea to Sea. (Erin, Ontario : Press Porcépic,1977). First Printing. Pp. (12),13-175,(1). 8vo, yellow card covers, blue titles to front ande spine. James Crerar Reaney, OC, FRSC (b. September 1, 1926, Easthope, Ontario – d. June 11, 2008, London, Ontario). "Fourteen Barrels is the story of something unsuual in Canadian theatre history, the story of a national tour of a Canadian drama, from London to St. Boniface to Burnaby to Fredericton to Halifax to Hamilton to Port Perry and back again. You see inside not only the world of actors and dramatists and hanger...
View More...

FRENCH, David. 1949. Vancouver : Talonbooks, (April) 1989. First Printing. Pp (8), 9-174, (2). 8vo, white trade paperback. "1949 continues the saga ofthe Mercer family, enlarged to include the extended family as well as off- stage characters from theplays. David French deals with the emotional and political decisions that the characters must come to as Newfoundland joins Confederation on April Fool's Day of 1949. As recent immigrants to Toronto the members of the Mercer family see this event both as a new future and as a loss of Newfoundland's culture and independence." - from rear cov...
View More... 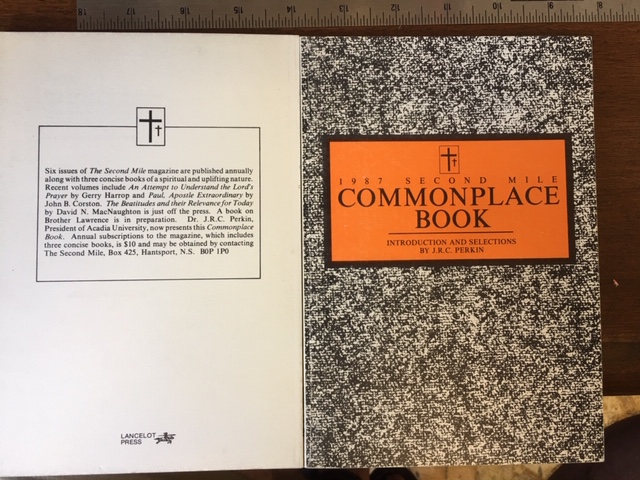 2 Legs in the Afternoon. signed

200 Years of Art in Halifax : An Exhibition Prepared in Honour of the Bicentenary of the Founding of the City of Halifax, N.S. 1749-1949

200 Years of Art in Halifax : An Exhibition Prepared in Honour of the Bicentenary of the Founding of the City of Halifax, N.S. 1749-1949

50 Things to Make with a Broken Hockey Stick. pbk.