5 Reports by the Secretary-General on the United Nations Operation in Cyprus; [3[ Provisional Verbatim Records; - and [1] Resolution. 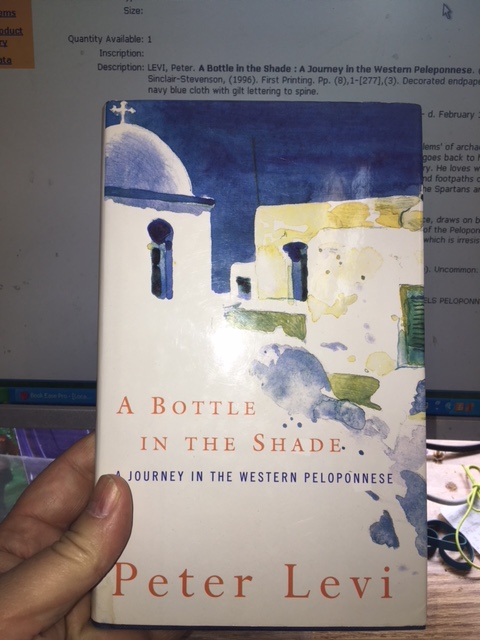 A Bottle in the Shade : A Journey in the Western Peleponnese. First Edition in dustjacket.

"Peter Levi has been obsessed by what he calls the 'captivating problems' of archaeology ever since he discovered them in childhood. His passion for antiquity goes back to his days as an undergraduate at Oxford when he haunt...
View More...

A Don at War. Revised Edition in dustjacket

An account of the author's military career during the Second World War, serving in the Mediterranean as an Intelligence Staff Officer in the field.

Aegean : A Sea-Guide to Its Coasts and Islands. in dj.

Agamemnon of Aeschylus. With Verse Translation, Introduction and notes by Walter Headlam

Age of the Extant Columns of the Olympieum at Athens. Reprinted from The Art Bulletin, Vol. IV, No. 1, September, 1921

FRASER, A.D. The Age of the Extant Columns of the Olympieum at Athens. Reprinted from The Art Bulletin, Vol. IV, No. 1, September, 1921. Pp (14) + 2 plates. 8vo, printed brown staple wrappers. Waterstain to lower spine, tear along most of spine, edges worn and browned, else good. Inscribed “With compliments of the author.” As is. 12.00
View More...

Alfarabi's Philosophy of Plato and Aristotle

(AL-FARABI). MAHDI, Muhsin, trans. Alfarabi's Philosophy of Plato and Aristotle. Translated with an introduction by Muhsin Mahdi. [Foreword by Allan Bloom]. Ithaca, NY: Cornell University Press, (1969). Revised Edition. Pp. (4),v-xxv,(3),3-158,(8). Small 8vo, brown card covers with white titles to front and spine. A volume in the Agora Paperback Editions series. Contents: 1. The Attainment of Happiness; 2. The Philosophy of Plato, Its Parts, the Ranks of Order of Its Parts, from the Beginning to the End; 3. The Philosophy of Aristotle, the Parts of His Philosophy, the Ranks of Order of Its Par...
View More... 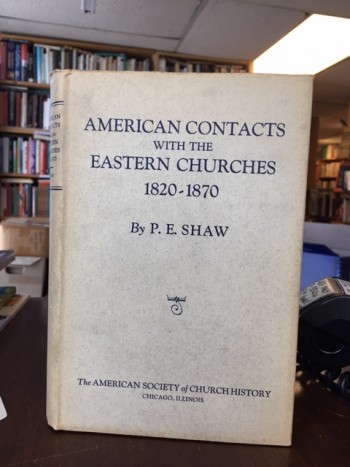 American Contacts with the Eastern Churches, 1820-1870. First Edition in dustjacket

Volume II in the Monographs in Church History series.

"[...] a thorough and exhaustive study of this neglected phase of...
View More... 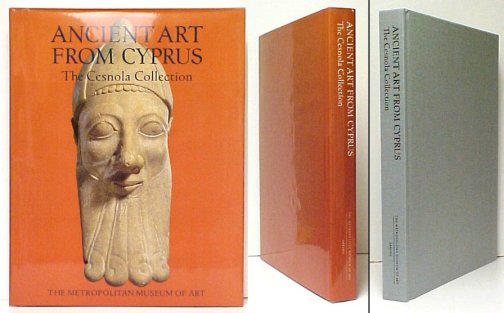 Ancient Art from Cyprus : The Cesnola Collection in The Metropolitan Museumof Art. In Collaboration with Joan R. Mertens and Marice E. Rose. in dj.

Ancient Crete : A Social History. From Early Times until the Roman Occupation. in dj.

WILLETTS, R.F. Ancient Crete : A Social History. From Early Times until theRoman Occupation. London : Routledge and Kegan Paul, (1965). Pp 197. 8vo, black cloth. A volume in the Studies in Social History series. Introductionto the main features of Cretan social history, dealing with the consquence s of the arrival of the Dorians in Crete, economic life, a discussion of the Cretan City-States and their government, law and legal procedure, serfs and slaves, social classes, education, religion, pirates and mercenaries. Vgin slightly rubbed dj. 30.00
View More...