Alms for Oblivion. in dj

KEMP, Peter. Alms for Oblivion. London: Cassell & Company, (1961). Pp. (16),1-188,[4]. Illustrated with maps and 9 plates of black and white photographs. 8vo, blue cloth cover with gold lettering to spine. "Peter Kemp's firstview of Siam was from beneath a camouflaged parachute, swinging down to a jungle clearing. [...] in May 1945, in the closing stages of the Second World War, he was to help the Siamese guerillas in their running battle against the Japanese. [...] Safeguarding the interests of prisoners of war and French civilians soon devleoped into gun-running for the French, in the fa... View more info

Approach to Coastal Resource Utilization: The Nature and Role of Sustainable Development in East Kalimantan Coastal Zone, Indonesia, vol. 1 and 2

Art of the Lesser Sunda Islands : A Cultural Resource at Risk

ASEAN and the Law of the Sea

TANGSUBKUL, Phiphat . ASEAN and the Law of the Sea. (Singapore) : Instituteof Southeast Asian Studies, (1982). First Edition. Pp. (4),v-xv,(3),3--148 ,(4). Tables, map in text. 8vo, illustrated white cardcovers, blue lettering to spine. Not in Papadakis & Glassner, International Law of the Sea and Marine Affairs: A Bibliography : Supplement to the 1980 edition. The ASEAN countries here are Singapore, Thailand, Malaysia, Indonesia and the Philippines. "An important contribution to the dearth of literature of ASEAN and the Law of the Sea, this book is the result of extensive research by Dr. ... View more info

Birds of the Natuna Islands 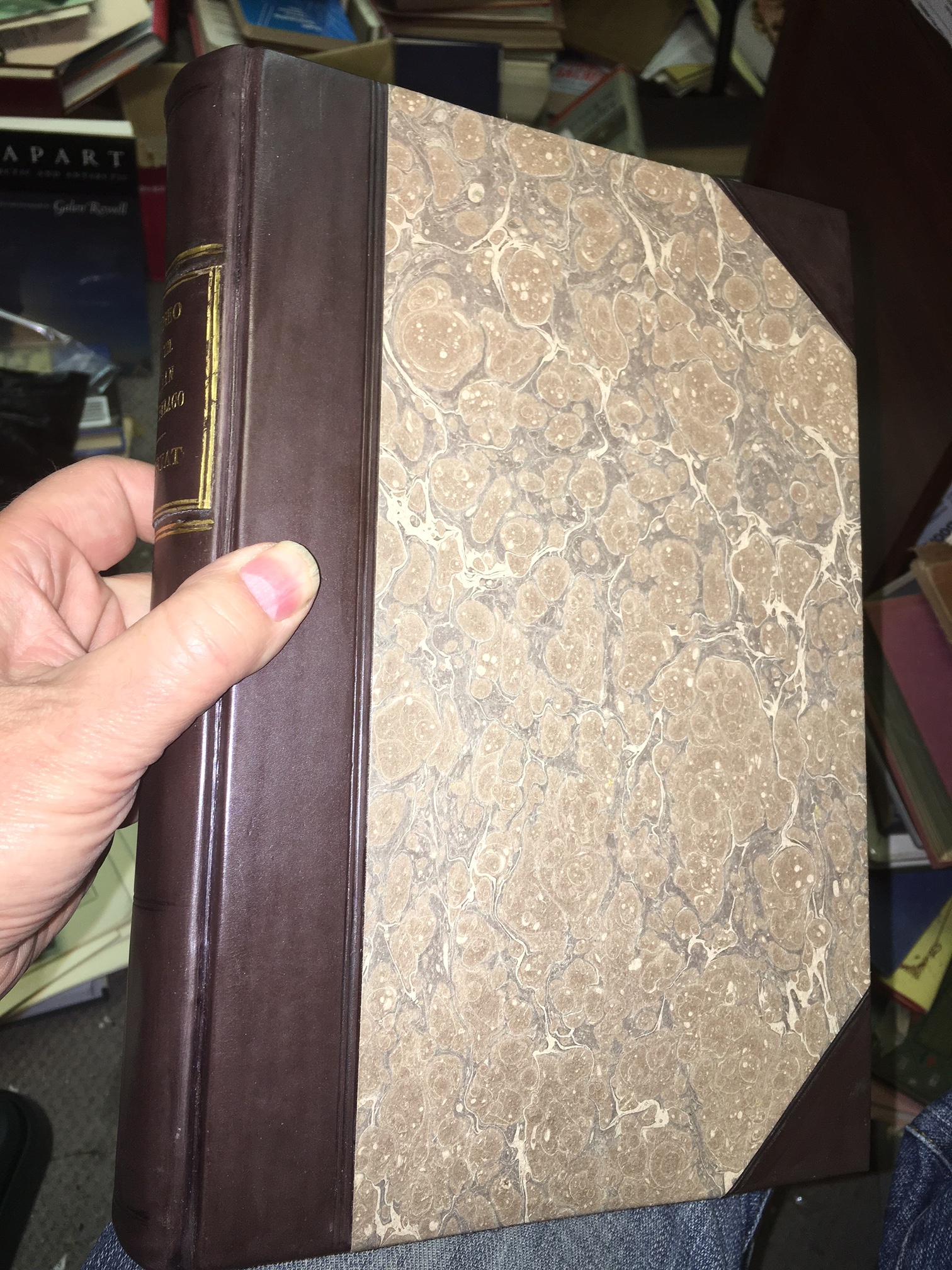 Borneo and the Indian Archipelago. With drawings of Costume and Scenery. First Edition, Rebound.

MacDONALD, The Right Honourable Malcolm. Borneo People. Toronto: Clarke, Irwin & Company Limited, Pp. (4),v-viii,(2),3-424 with [45] plates and ilustrations throughout. 8vo, rust cloth, gilt lettering, brown panel to front and spine, endpapers illustrated with maps. Printed in Canada. "Until 1941 Sarawak had been the home of the Brooke family, the legendary White Rajahs. The rule of the Brookes had been a personal one. They had been accustomed tojourney widely in their domains and to visit their head-hunting subjects i n their long-houses. Mr MacDonald resolved to continue this tradition o... View more info 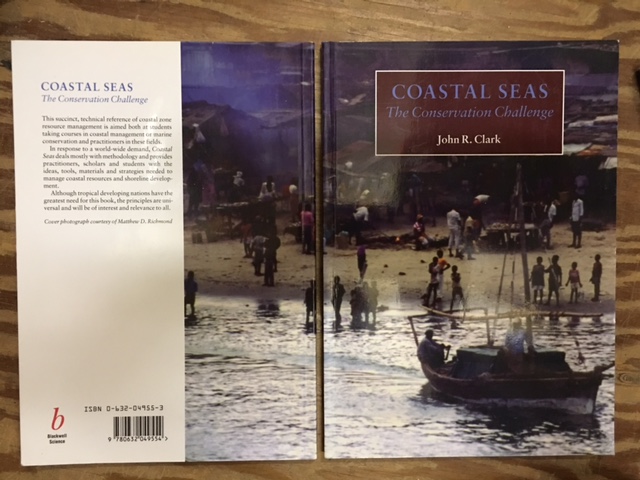 By: BARNARD, Roger and James McLELLAN, (eds.) New Perspectives on Language and Education; 36

BARNARD, Roger and James McLELLAN, (eds.). Codeswitching in University English-medium Classes : Asian Perspectives. Bristol : Multilingual Matters, (2014). Pp (4),v-xv,(1),1- 224. 8vo, red cardcovers. No.36 in the New Perspectives on Language and Education series. "In the complex, multilingual societies of the 21st century, codeswitching is an everyday occurrence, and yet the use of students' first language in the English language classroom has been consistently discouraged by teachers and educational policy-makers. This volume begins by examining current theoretical work on codeswitching ... View more info

Cooper's Snoopers and Other Follies : Fragments of a Life.

JOHNSTON, Peter. Cooper's Snoopers and Other Follies : Fragments of a Life.(Victoria, B.C.) : Trafford, (2002). Fourth Printing. Pp (8),xi-xii,(2),1- 170,(2). Index. 8vo, illustrated black card covers. "Peter A.E. Johnston was born in Toronto in 1921. He is a graduate of the University of Toronto (First Class Honours, Modern Languages and Literatures). He served five yearsin the Canadian Army, 1940-1945 (Mention-in-Dispatches), including slightl y less than two years in counter-intelligence in Italy. He has been Counsellor at the Canadian High Commission in London and at the High Commissio... View more info 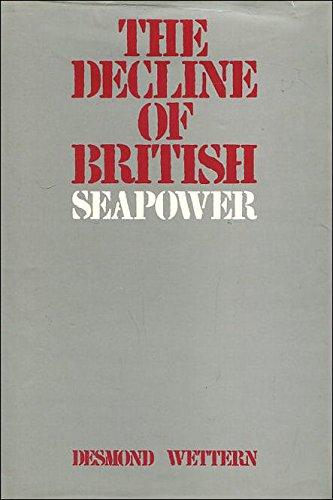 WETTERN, Desmond. The Decline of British Seapower. (London) : Janes, (1982). First Edition. Pp (10),1- 452,(2) + 32 pages of b&w photos. Maps and tables in the text. 8vo, red cloth, silver lettering to spine. A book which traces how the Royal Navy has transformed itself strategically and socially under pressures of political and economic neglect in the post-World War Two period. "This important, timely and controversial book is an almost month by month account of the many activities of the Royal Navy since 1945. Although Britain can take great pride in the achievem... View more info

ROBINSON, William Albert. Deep Water and Shoal. With an Introduction by Weston Martyr. Illustrated. London: Rupert Hart-Davis, 1950. Second Printing. Pp 318. Illustrated. Maps. Sm 8vo, tan cloth with blue device to front, blue lettering to spine. See Morris & Howland p.115. The Mariners Library No.4. A circumnavigation of the oceans aboard the ketch Svaap. Starting in New York, through the Panama Canal, across the Pacific, through Indonesia, across the Indian Ocean, through the Suez Canal, and by way of the Mediterranean back to New York. Spotting to sunned spine, name to front pastedown, else... View more info