Republic in Danger : General Maurice Gamelin and the Politics of French Defence, 1933-1940. First Edition in dustjacket, signed by author

ALEXANDER, Martin S. The Republic in Danger : General Maurice Gamelin and the Politics of French Defence, 1933-1940. Cambridge: Cambridge University Press, (1992). First Edition. Pp (12),[xi]-xiv,1-573,(3). Index. 8vo, blue cloth, gilt lettering to spine. "This is the first full-length study in English of the career of one of France's most controversial military leaders, General Maurice Gamelin (1872-1958). Gamelin was reviled by many of his contemporaries and denigrated by historians as 'the man who lost the Battle of France'. Here Gamelin is re-appraised in the context of the unstable ci...
View More...

Rome-Berlin Axis : A History of the Relations Between Hitler and Mussolini.no dj

WISKEMANN, Elizabeth. The Rome-Berlin Axis : A History of the Relations Between Hitler and Mussolini. London, New York, Toronto : Geoffrey Cumberlege,Oxford University Press, 1949. Pp (8),[ix]-xvi,[1]-376, frontis + 7 pp pla tes. Index. 8vo, green cloth, gilt lettering to spine. Contents : 1. Pupilsof Nietzsche/ 2. The Quarrel over Austria. 3. Germany and the Attack upon Abyssinia. 4. 'This Berlin-Rome Line is not a Diaphragm but rather an Axis.' 5. The Duce in Germany, 6, Austria Lost and Won. 7. The Fiihrer in Italy.8. Mediation at Munich. 9. The Steel Pact. 10 . 'To attack Poland at the F i...
View More...

CONRAD, Joseph. The Rover. [Dj adds: "A Story of Napoleonic Times"]. GardenCity, New York: Doubleday, Page & Company, 1923. First US Edition. Pp. (8) ,1-286,(2). 8vo, blue cloth, gilt decoration to front, gilt lettering to spine. "Peyrol, the rover, has left the lawless sea to endhis days in peace in the quiet village of his birth. But even that obscure section of the French coast has felt the pressure of Napoleon's naval wars with England. Swiftly by reluctantly, Peyrol is involved in a romance and a secret operation which rises to the great adventure of his life, eclipsing in dra...
View More... 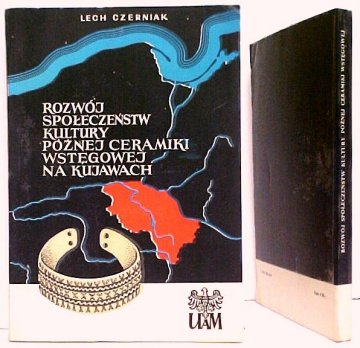 Russia Gathers Her Jews : The Origins of the Jewish Question in Russia, 1772-1825. First Edition in dustjacket.

KLIER, John Doyle. Russia Gathers Her Jews : The Origins of the "Jewish Question" in Russia, 1772-1825. DeKalb, Illinois : Northern Illinois University Press, 1986. First Printing. Pp. (12),[xii]-xxiv,(2),[3]-236,(4). Illustrated. Map endpapers. 8vo, green cloth with white lettering to spine. "The complete absence of a legal Jewish population in Russia [prior to 1772 ensured that there was no 'Jewish Question'. By imperial decree, Jews were forbidden in Russia. The partitions of Poland from 1772 through 1795, however, brought the largest Jewish population in the world under Russian...
View More...

Russia's Road to the Cold War : Diplomacy, Warfare, and the Politics of Communism, 1941-1945. First Edition in dustjacket

MASTNY, Vojtech. Russia's Road to the Cold War : Diplomacy, Warfare, and the Politics of Communism, 1941-1945. New York : Columbia University Press, 1979. First Edition. Pp (6),vii-xix,(3),1-409,(1). Index. 8vo, tan cloth, maroon lettering to spine. "Here is the first truly comprehensive study of the events and policies that led the Soviet Union irrevocably into the Cold War. With unprecedented thoroughness, Vojtech Mastny relates a crucial part of the Cold War story: how the government of Josef Stalin conceived and executed the decisions that resulted in the breakdown of the Great Allianc...
View More...

Sailing to Leningrad : A Voyage Through the Baltic. in dj 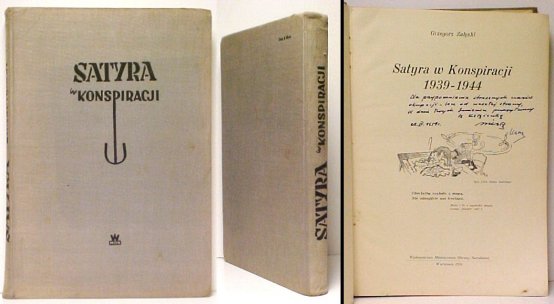 MICHALSKI, Jerzy. Schylek Konfederacji Barskiej . Warszawa: Zaklad Narodowy imienia Ossolinskich, Wydawnictwo Polskiej Akademii Nauk, Instytut Historii, 1970. Pp. 207. 8vo, printed white card covers. A volume on the decline of the Confederation of Bar, a group formed by several Polish nobles in what is now western Ukraine, whose goal was the curttail Russian influence in Polish affairs in the middle of the eighteenth century. The group was disbanded after the first partition of Poland by Catherine II in 1772, when it became obvious to them that Russian influence was not going to disappear any ...
View More...

CLENMAN, Donna Blumenfeld. A Scroll of Remembrance. (North York, Ont.: Flowerfield & Littleman, 1995). First Edition. Pp [1]-69,(3). 8vo, illustrated card covers. A book of poetry. “Dreamlike and feverish was the assembling of these pages. The 1945-1995 time equation compounded by the never forgotten date of January 16, 1945, the day of my liberation from the hell of Nazi concentration camps, threw me into a turmoil of emotion defying rational outlet.” - from the back cover. Very good. 10.00
View More...

Sea and the Sword: The Baltic 1630-1945. First American Edition in dustjacket

"Second in size only to the Mediterranean ...
View More...

"The Baltic, second only to the Mediterranean as a European 'inland sea', has for centuries been the scene of trading, expansion and conflict. Denmark, Sweden, Finland...
View More...