Shipping and Shipbuilding in Atlantic Canada 1820-1914

SAGER, Eric W. and Lewis R. FISCHER. Shipping and Shipbuilding in Atlantic Canada 1820-1914. Ottawa : Canadian Historical Association, Historical Booklet No.42, 1986. Pp [1]-23,(1). 8vo, blue card covers. A short paper outlining the humble beginnings of the shipbuilding industry in the region, its role in making Atlantic Canada an integral region during the golden age of sail, the types of vessels that thrived in eastern ports, and a brief glimpse of the shipowners and workers themselves, before discussing the decline of the industry. Vg. Due to its small size, shipping costs should be cheaper...
View More...

Shipping Wonders of the World : A Saga of the Sea in Story and Picture. In Two Volumes

Ships and Harbours in the Netherlands

Ships and Harbours of Exmoor

Ships of Mercy: The Remarkable Fleet Bringing Hope to the World's ForgottenPoor. in dj.

STEPHENS, Don with Lynda Rutledge STEPHENSON. Ships of Mercy: The Remarkable Fleet Bringing Hope to the World's Forgotten Poor. Nashville, Tenn.: Nelson Books, (2005). Pp. (i)-vii,[1],1-221,[11]. [8] pages of colour plates. 8vo, blue cloth cover with gold lettering to spine. "It's a simple idea, really: a floating hospital, staffed with a multinational team of high-level experts, docks in ports around the world and serves the neediest people withfree state-of-the-art medical care. But turning the idea into a reality wa s anything but simple, as revealed in this remarkable firsthand account...
View More...

Ships that Serve Australia and New Zealand. no dj. 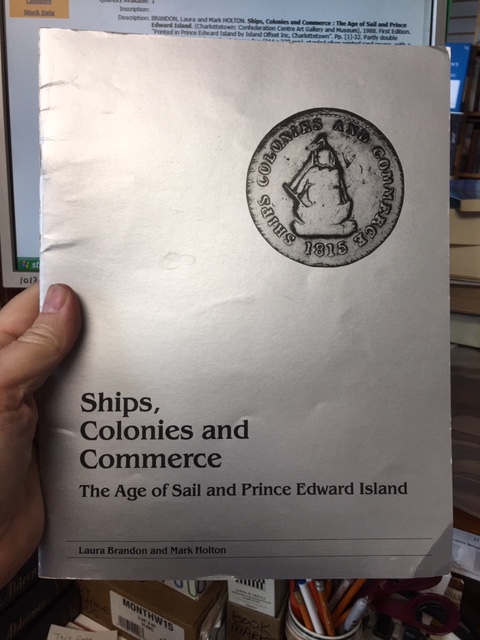 The accompanying catalogue (with over 70 illustrations) for an exhibit of art and artifacts he...
View More... 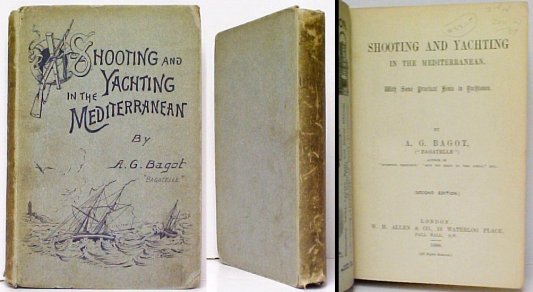 Shooting and Yachting in the Mediterranean. 2nd ed.

BAGOT, A. G ("Bagatelle"). Shooting and Yachting in the Mediterranean : with some practical hints to yachtsmen. Second Edition. L.: W. H. Allen & Co.,1888. Pp. 224. 8vo, illustrated printed blue paper covered boards. Toy 095 3. A recounting of a cruising and hunting expedition to various ports in the Mediterranean, chronicling all of the exploits of the crew. Includes a detailed list of their various ports of call, with a brief overview of the accommodations used and availability of food and water during their stay. Some edgewear, lightly rubbed, moderate wear to head and tail of brown...
View More...

PETCHEY, Helen. Signal Sea Cganges. N.pl.: n.pub., 19967 Pp (2),1-17,(1). Illustrated. Map. 8vo, illustrated pale green stapled card covers. "Two Dorchester women, admired and long remembered, grew up amid the clangor and excitement of the shipyard. Unlike their shiretown sisters, however, they did not wait patiently for the return of the seamen who sailed around the worldwith three Dorchester fleets. They too "took ship", travelled far, and ret urned to home ports in good times and bad. Although a quarter century in years separated Emma Chapman and Sarah "Nellie" Palmer, b...
View More...

Singapore Naval Base and the Defence of Britain's Eastern Empire 1919-1941.First Edition in dustjacket.

NEIDPATH, James. The Singapore Naval Base and the Defence of Britain's Eastern Empire 1919-1941. Oxford : Clarendon Press, 1981. First Edition. Pp (6)[vii]-xviii,(5),[1]-296,(2), maps. Index. 8vo, black cloth, gilt lettering to spine. “As a result of the First World War and the surrender of the Kai ser's High Seas Fleet in 1918, the world naval balance suffered a revolutionary transformation. The Pacific, rather than European waters, became the focus of naval interest, and Britain began the construction of a great navalbase at Singapore, from which the Royal Navy might, in the event of war, ...
View More...

"For years Lincoln P. Slade and his undisciplined crew had been a byword throughout the Caribbean for drunkenness, debauchery ...
View More... 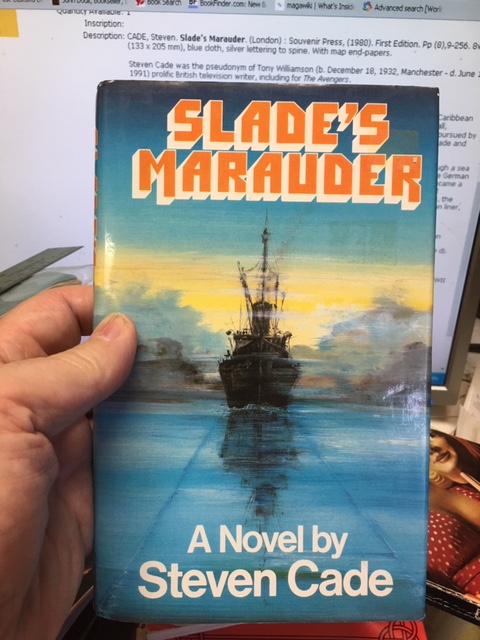 "For years Lincoln P. Slade and his undisciplined crew had been a byword throughout the Caribbean for drunkenness, debauchery ...
View More...

Sniffing the Coast : An Acadian Voyage. in dj

CAMERON, Silver Donald. Sniffing the Coast : An Acadian Voyage. Tor.: Macmillan Canada, (1993). Pp (14),1-290 + 8 pp photos. 8vo, blue cloth. "The summer of 1992 was foggy, cold and calm. As the crew of Silvershark sailed, rowed and drifted around the Gulf of St. Lawrence the Acadian Sea - they had to use every navigational trick they knew, including sniffing the coast. Silver Donald Cameron and his wife, Lulu, left Cape Breton in July bound for ports of call in Nova Scotia, New Brunswick, Prince Edward Island and the Magdalen Islands." - from the dust-jacket. Vg in dj. 20.00
View More...